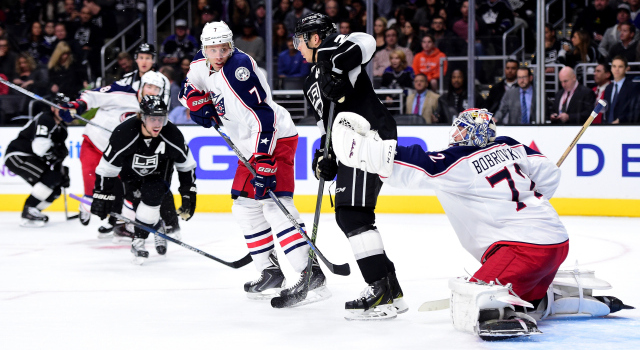 On what the team did well despite the loss:
We played a really good second period, and I think in the first period we were a little bit sluggish. The three in four got us early, and I think we tried to come back and had lots of opportunities and couldn’t score.

On whether the third period was frustrating compared to the first two:
As I said, we played three in four nights. Probably had to get the lead in the first and second period and not have to spend all that to score in the third. Big difference defending the lead or trying to tie it up.

On not playing in the same building for consecutive games for two and a half weeks:
Well, the back-to-backs – tough trip. You were on it. It’s tough travel. Three late nights.

On what the team did defensively to not allow a shot on goal in the second period:
I thought we had lots of good opportunities in the first and second period. It wasn’t defensively. That wasn’t the issue. We had most of the zone time. I think they scored on obviously the power play – Ehrhoff took a tripping penalty. He had the puck on his stick once before that. Doesn’t have to trip anybody. The other goal was Foligno beat McNabb off [the puck]. Other than that, I couldn’t tell how many scoring chances they had, if those were both scoring chances.