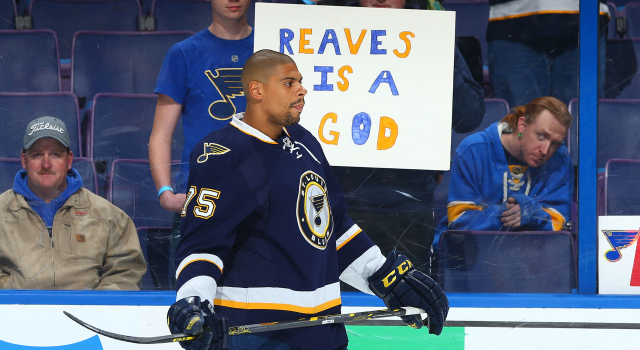 Kings fans: Do you agree with the sign in the header photo? No, you probably don’t. A prime example of a player who you love when he’s on your team and feel the opposite when he’s not, Reaves provides hard energy and is capable of softening up the opposition when on the ice. You knew that, because Los Angeles and St. Louis have engaged in a pair of highly emotional and physical playoff series in which he played his role well. After the Blues’ morning skate, Reaves joined LA Kings Insider to discuss how his team has admirably weathered some roster turnover and shared some high praise of rookie defenseman Colton Parayko.