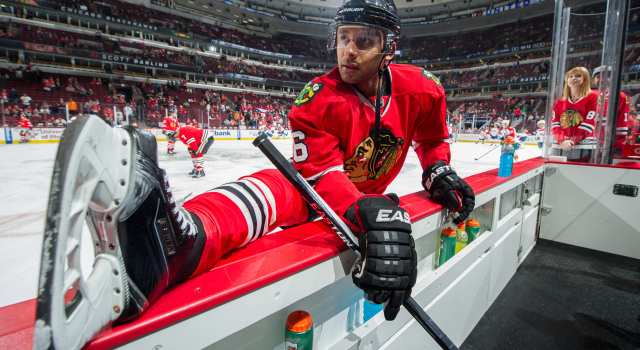 Defenseman Trevor Daley, who spent 11 seasons with the Dallas Stars, changed teams for the first time in his career after having joined the Blackhawks as part of the trade that sent Patrick Sharp to Chicago’s Central Division rival. The versatile defenseman who has a long history of playing against the Kings has averaged 17:30 of ice time in the 2015-16 season and joined LA Kings Insider on Monday morning to discuss the transition to his new team and what he expects out of tonight’s tilt between a pair of clubs that have alternated Stanley Cup championships over the last four seasons.