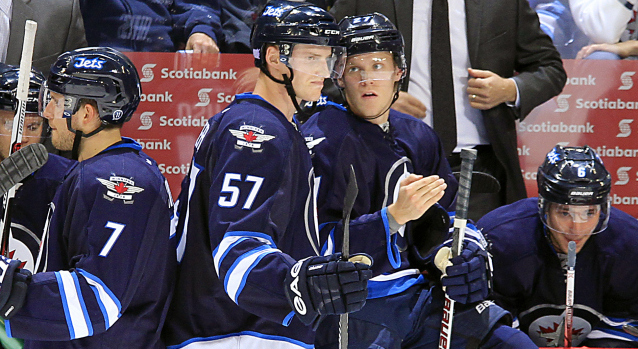 Tim Campbell: LA the Kings of the Jets’ castle after beating Winnipeg 4-1

“The Jets’ speed and quickness exhibited so far for much of October was neutralized most of the evening as the game developed into one of decisions and taking care of the puck.”

“In retrospect, it seemed inevitable that the Kings would score. By the second half of the second period, they had begun to dominate the play more.”

“It would be a stretch to say the Kings imposed their will on the Jets, since the home side held a slim 23-20 edge in hits in what was another hard-fought and tight-checking affair.”

Paul Friesen: Jets got too fancy in loss to Kings

“An extra pass here, a risky play there, and the Jets found themselves in their own end for nearly the entire third period as the Kings broke open a 1-1 game”

“Also in the good was Adam Lowry. His showing wasn’t mind-blowing, but I can’t help but be impressed by how well he is playing against tough opposition.”