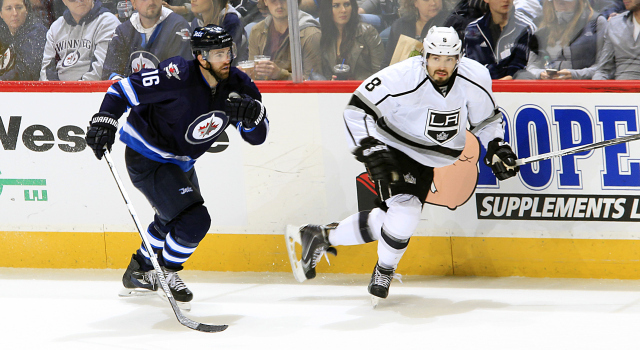 On Milan Lucic “step[-ping] up”:
Yep. The line was really effective again.

On whether the team had an “effective” summer off:
We did have a summer off. We had five months off. That’s a fact. [Reporter: Did that recovery help with the way you’ve been performing?] We’ve got lots of different players, so it was quite a different team. We’re trying to find a new identity, I would say.

On whether the team’s “off-ice issues” influenced the start to the season:
No. Not that I’m aware of.

On the evolution of the team’s identity:
Well, it’s because we lost such top-identity players in Mike and Jarret and Robyn and Willie. You just don’t give that to somebody else. Those guys are special people and special players in the locker room, and it takes time. It’s got nothing to do if you win a few games in a row or lose a few games in a row. It takes a while.

On Milan Lucic feeling more comfortable with the team:
He’s been awesome from day one. You know what? Until you see where good players can play, where they fit – he’s been awesome at it. His work ethic and his coachability, his practice habits and all that. He’s a good example for our players. He’s a winner. Jeez. That’s all he’s done is win. Hopefully it impacts our team.

On a reference to the team not cheating for offense and playing the right way:
It’s a tough league. It’s a tough, tough league. You can’t cheat and win. You’ve got to play an honest, hardworking game. It doesn’t matter who you are.