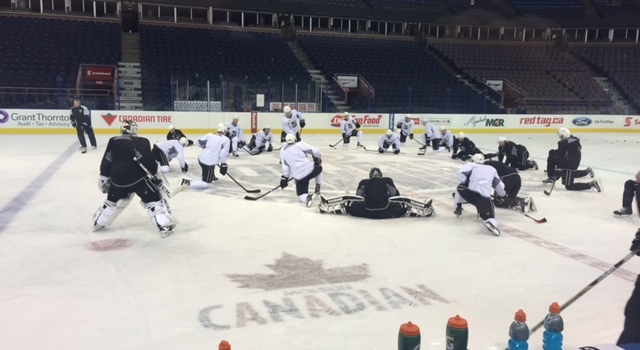 Good afternoon, Insiders. The Kings skated at Rexall Place this morning, and lined up thusly:

-Jonathan Quick was the first goaltender off the ice and will be expected to start against Edmonton. Jordan Weal and Derek Forbort skated as extras in rushes and aren’t expected to be in tonight’s lineup. Tanner Pearson had taken a rush or two alongside Anze Kopitar and Dustin Brown, but original rushes indicated there will be no alignment changes from the previous two games.

-Expect the Oilers to ice a lineup of Hall-Nugent-Hopkins-Klinkhammer, Pouliot-McDavid-Yakupov, Korpikoski-Lander-Purcell and Gadzic-Letestu-Pakarinen up front, and a back end of Klefbom-Schultz, Sekera-Fayne and Davidson-Gryba. Cam Talbot is expected to start in goal. Brandon Davidson, who was a teammate of Jordan Weal’s with WHL-Regina, overcame a diagnosis of testicular cancer early in his professional career. Keep his important battle in your mind during the Hockey Fights Cancer events across the NHL. Edmonton hosted its Hockey Fights Cancer night on Friday, as did Los Angeles.

-To follow: Darryl Sutter quotes, a story about the Kings looking to generate production from their depth scorers, and a game preview. Sutter had a sharp and entertaining observation when I asked him how he’s looking to “cultivate” production from the Shore and Andreoff lines. There’s lots more to come in the lead-up to the Kings’ second-to-last game at Rexall Place (barring, of course, a playoff match-up). 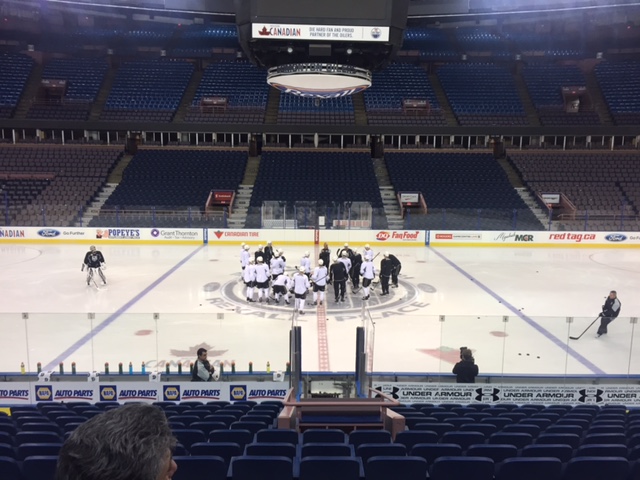