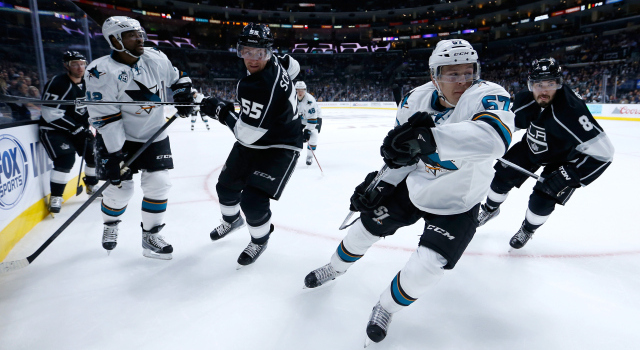 -With the loss, home teams are now 26-7-1 in the last 34 regular season games in the series. The Kings fell to 8-2-1 in their last 11 home games against the Sharks. The two teams will meet next on October 22 in San Jose.

-The Kings played in front of their 162nd consecutive sellout, including playoffs.

The Kings are scheduled to practice at 11:00 a.m. at Toyota Sports Center on Thursday, October 8.