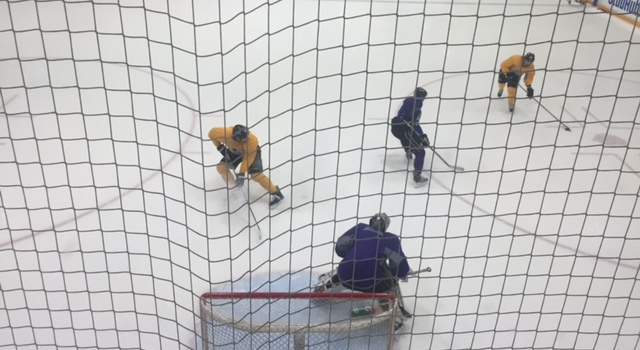 Here are the lines shown at today’s morning skate, via rushes:

-Jake Muzzin (and Damir Sharipzyanov) took the ice at the end of the skate and joined Derek Forbort and Vincent LoVerde on the far end of the ice from where the media congregates. Dustin Brown, Anze Kopitar, Marian Gaborik and Brian O’Neill also remained on ice for extra work, so there are your likely scratches for tonight. Matt Greene did not take the ice for the skate, so he’s not expected to play.

-Jhonas Enroth left the ice first and is the presumed starter against Anaheim (7:30 p.m. / Prime Ticket / KABC 790 / I Heart Radio). Jonathan Quick was also on the ice at the start of the skate, though he remained on the ice (and was joined by Peter Budaj and J-F Berube) and would appear to be the back-up this evening.

-Tonight’s game will be the first broadcast of the season by the Kings’ crew. Beginning today, all Kings games will be televised through the remainder of the season.

-There’s good content coming today, which will continue with some interesting Darryl Sutter quotes about establishing systems in the pre-season and how the coach’s challenge will be implemented when the regular season arrives. Stay tuned…