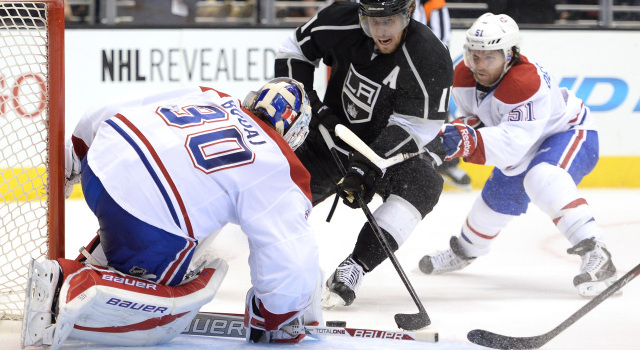 A few notes in advance of training camp:

-Goaltender Peter Budaj will attend training camp with the Los Angeles Kings on a PTO. Budaj, who turns 33 on the first day of camp, spent nine seasons with Colorado and Montreal from 2005-14 before posting a 0-9-6 record with a 3.55 goals-against average and .888 save percentage in 19 games with AHL-St. John’s last season. In 296 career NHL games, the Banská Bystrica, Slovakia native has a 124-107-36 record with a 2.76 goals-against average, .903 save percentage and 11 shutouts.

Keep in mind that J.F. Berube suffered an ankle injury in Game 3 of the Calder Cup Final. Though the ankle is healing, Budaj’s presence allows for additional goaltending depth and competition as Berube works his way back to full health. In other Ontario Reign news, Paul Bissonnette underwent off-season hernia surgery and won’t take part in the Kings’ training camp – Ontario’s camp is scheduled to open on September 28 – though he should still be around Toyota Sports Center. 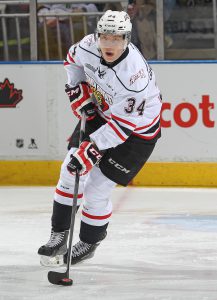 –As expected, defenseman Damir Sharipzyanov has signed a three-year entry-level contract with the Kings. The Owen Sound rearguard posted nine goals and 34 points in 66 OHL games this season and was an impressive presence during development camp. Sharipzyanov will not be able to participate on-ice in rookie camp, as he’s recovering from a broken wrist suffered during Russia’s World Juniors development camp that required surgery, according to hockey ops. After he departs Southern California, he’ll return to Owen Sound for his 19-year-old major junior season. Sharipzyanov was ranked 176th in NHL Central Scouting’s midterm rankings but did not make the final draft rankings. The official Kings release can be found here, for those interested.

@lakingsinsider I called his games against the Plymouth. Steady, stay-at-home guy who got better offensively with time. Good prospect. 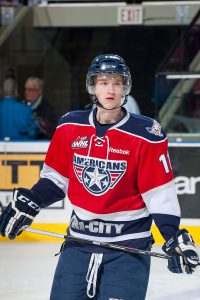 -Ty Comrie, younger brother (and current Tri-City Americans teammate) of Winnipeg prospect Eric Comrie, and younger half brother of former NHL center Mike Comrie, will participate in rookie camp on a tryout, according to hockey operations. Comrie, a Newport Beach native who previously played for the L.A. Junior Kings, posted seven goals and 21 points in 71 games with WHL-Tri-City last season. The 18-year-old was ranked 169th in NHL Central Scouting’s midterm rankings but did not crack the final rankings and passed through the draft in June.