Your afternoon required reading: This article in Our South Bay magazine about Jim and Suzie Fox, their love of wine, and the creation of their wine label, Patiné Cellars.

“This is not just an ex-athlete making a gimmicky wine,” says Jim, who remembers the wine that first caught his attention: Château La Nerthe, a Rhone white blend from the Châteauneuf-du-Pape region in France. “My goal, and this is long-term, is to be the winemaker. And so it’s about wine. It’s not just a hobby; it’s not just a passion. It’s my life.”

But Jim does believe his background as both a player and announcer for the Kings has helped in promoting his wine brand and preparing him for this next adventure. “Professional sports has its own priorities, and there’s no question that priority is the final score of the game. It should be. It’s so black-and-white,” says Jim. “To me, I have been able to experience the [winemaking] process, and the journey and the art. And I’ve said it many times, that to me that is very intriguing. So there’s something more nuanced about wine. It’s more of an atmosphere and a feeling. It’s not so black-and-white.”

There’s also a background about how Jim and Suzie met in their hometown of Coniston, Ontario: “He was one of the tallest guys at 15, so I liked him because he was tall. And then he didn’t grow anymore, but I still liked him,” Suzie Fox joked.

A reminder: Sunset Sip, Jim and Suzie Fox’s annual wine tasting event that raises money for The Guidance Center, will take place on Saturday, September 12 at the Museum of Latin American Art in Long Beach. 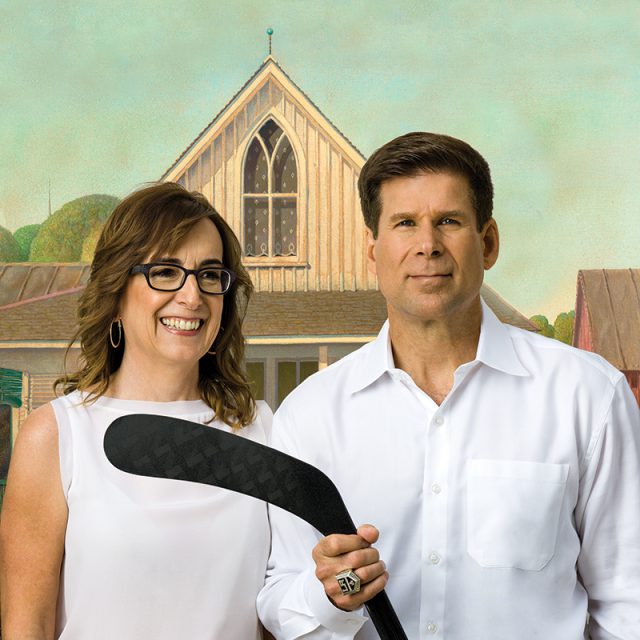