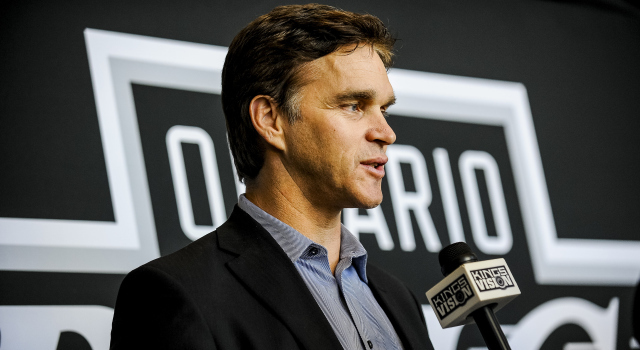 Having been approved by the American Hockey League’s Board of Governors, there will be several scheduling, seeding and rule changes implemented during the upcoming 2015-16 AHL season.

After having first been reported by LA Kings Insider, the AHL today announced that the five California-based Pacific Division teams will play a 68-game schedule instead of the 76 games played by the other 25 teams. Because of this, teams will qualify for the postseason based on points percentage rather than points.

There have also been changes made to overtime, video and faceoffs that are similar to those recently made by the NHL. The full details, via AHL.com:

Playing Schedule/Standings
• The 2015-16 regular season will consist of 1,120 games, played between Oct. 9 and Apr. 17. All teams will play 76 games each with the exception of the clubs which joined the AHL in January as part of the creation of a Pacific Division (Bakersfield, Ontario, San Diego, San Jose, Stockton); those five teams will play 68 games each.

• Teams will receive two points for a win and one point for an overtime or shootout loss. The top four teams in each division ranked by points percentage (points earned divided by points available) will qualify for the 2016 Calder Cup Playoffs, with one exception in each conference: if the fifth-place team in the Atlantic or Central Division finishes with a better points percentage than the fourth-place team in the North or Pacific Division, it would cross over and compete in the other division’s bracket.

• The 2016 Calder Cup Playoffs will feature a divisional playoff format, leading to conference finals and ultimately the Calder Cup Finals.

Rule 85 (“Overtime”)
• During the regular season, the sudden-death overtime period will be five minutes (5:00) in length.

• Full playing strength will be 3-on-3 (plus goaltenders) for the entire period.

• Overtime will be preceded by a “dry scrape” of the entire ice surface.

• Teams will change ends at the start of overtime.

• If the game is still tied following overtime, a winner will be determined by a three-player shootout.

Rule 79 (“Video Review”)
• A team may use a “coach’s challenge” to initiate an official video review; only those situations which are subject to review by rule may be challenged.

• If the coach’s challenge does not result in the original call on the ice being overturned, the team exercising such challenge will be charged with a timeout.