Richard Clune: The Battle (via The Players’ Tribune)

There’s a powerful piece written by former King, Predator and Monarch Richard Clune about his battle to become sober, and it’s certainly worth a read (as was Scott Burnside’s feature on him two years ago in ESPN.com).

Clune is a very strong man. You should take the time to read this.

An excerpt from The Battle (includes mature language, themes):
Then I would go to practice the next day with a smile on my face and compete at a high level. Why in the world would I do this? No, I am not your stereotypical neanderthal. I was the kid taking private art classes in high school and watching Tarantino movies. I was the kid who was supposed to play hockey at Harvard before begging his parents to let him play in the OHL instead. I was the kid who made a blood-pact promise to his mom that he would never fight in Juniors (which pissed off the coaches to no end). I won the Bobby Smith Award for the OHL’s scholastic player of the year, for Christ’s sake. And I did all of that while binge drinking every single day, often alone in my room. 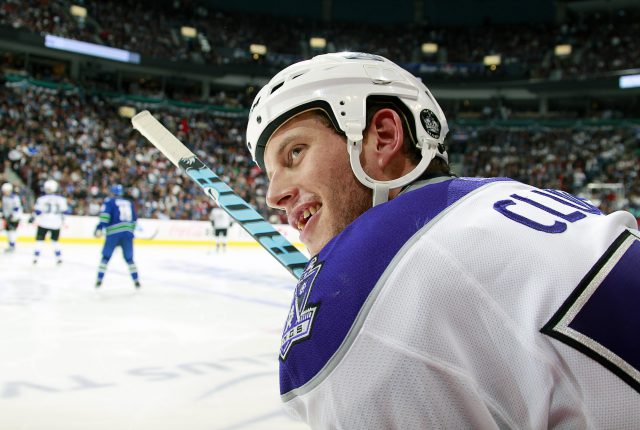