Congratulations to Matt Mistele, a sixth round draft pick by the club in 2014. He’s heading to the Memorial Cup after his Oshawa Generals dispatched Connor McDavid, Kurtis MacDermid, Jake Marchment and the Erie Otters in a five-game series.

What a journey proud to be a part of the @Oshawa_Generals thanks to my family and all the boys #cheers #gensnation pic.twitter.com/cRRbvFICCK

Mistele, who had 13 goals and 16 points in 21 playoff games, scored five goals in the championship series (though the Wayne Gretzky 99 Award went to McDavid). The Generals will meet the Kelowna Rockets, Rimouski Oceanic and Quebec Remparts at the Memorial Cup, which pits the three winners of the Canadian Hockey Leagues together along with a host team. Because Quebec is playing in the QMJHL Final and has already qualified as the host, Rimouski also qualifies for the tournament regardless of the outcome of the QMJHL final.

The Generals will open the tournament against Rimouski on Saturday, May 23. These will be the final games of significance played at Colisée Pepsi, the former home of the Quebec Nordiques. The Remparts – and, to the hope of many locals, an NHL team, eventually – will begin play at the Videotron Center in 2015-16.

The Manchester Monarchs now know they will face the Hartford Wolfpack in the Eastern Conference Final. The Wolfpack, the top farm club of the New York Rangers, defeated the Hershey Bears in six games in an AHL semifinal series. They’re led by 29-year-old Chris Bourque (4-10=14), Ray Bourque’s son, 23-year-old Oscar Lindberg (1-9=10) and former Colorado College standout Joey Crabb. In goal for Hartford is Yann Danis, who attended training camp with Manchester in 2014. He’s 7-4 with a 1.97 goals-against average and .931 save percentage in the postseason. The series will be a 2-2-1-1-1 format instead of last round’s 2-3-2.

-The Monarchs posted a 3-0-0-1 record against the Wolf Pack during the regular season, which included going 2-0-0-0 against them at the Verizon Wireless Arena. Hartford has not beaten the Monarchs in regulation since Apr. 4, 2014.
-Manchester outscored Hartford 15-11 in the regular season series and scored at least four goals against them in three of the four games.
-Sean Backman led all Monarchs’ scorers with seven points (2 goals, 5 assists) in four games against Hartford this season.
-Jordan Weal has a team-leading 15 points through 10 games in the postseason with 10 goals and five assists. He is the first player in Monarchs’ history to ever score double-digit goals in a single postseason and he is two points shy of Patrick O’Sullivan (17 points in 2007) for the most points ever by a Manchester player in a single playoff.
-Weal led the Monarchs with eight points (5 goals, 3 assists) in their conference semifinals win over Wilkes-Barre/Scranton. His hat trick in Game 4 made him the third player in franchise history to record three goals in a single playoff game, joining Bud Holloway (Apr. 17, 2011) and Adam Mair (Apr. 17, 2002).
-With 20 points (10 goals, 10 assists) in 18 career postseason games, Weal ranks third on the all-time franchise list behind Bud Holloway (25 points) and Justin Azevedo (21 points).

In Prague, Jake Muzzin, Tyler Toffoli and Martin Jones advanced to the IIHF World Championship gold medal game with a 2-0 win over the host Czech Republic in the semi-final. Neither Muzzin nor Toffoli recorded a point, though Muzzin logged two shots on goal in 18:30 of ice time and Toffoli fired four shots on goal in 11:22 of ice time. Martin Jones served as Mike Smith’s back-up in the win, while Taylor Hall and Jason Spezza scored for Canada. Undefeated that the tournament, the Canadians will face the winner of the United States – Russia game that begins at 10:15 a.m. PT on Saturday. The gold medal game will begin at 11:45 a.m. PT Sunday; the loser of the United States – Russia game will face the Czech Republic in the bronze medal affair at 7:15 a.m. PT Sunday. All semifinal and medal round games take place at the O2 Arena in Prague. 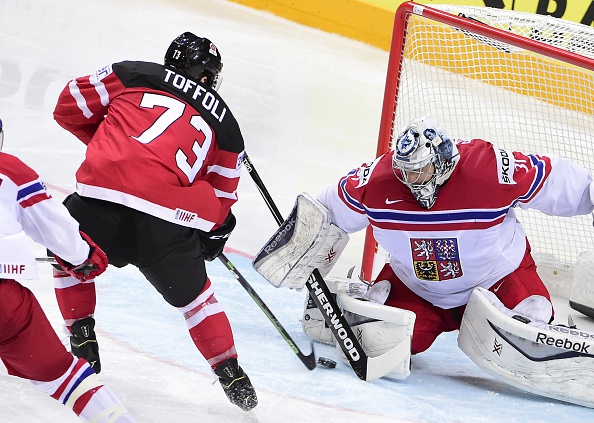 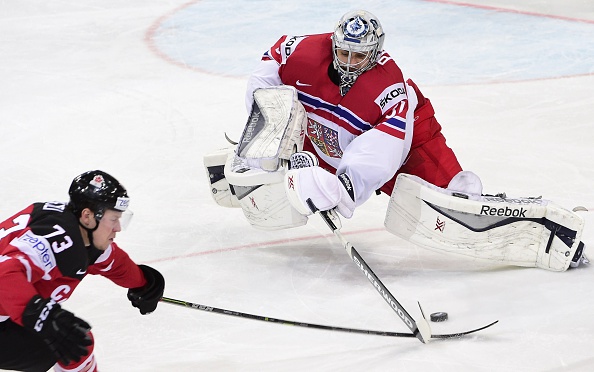