In Ostrava, Trevor Lewis led all forwards with 18:23 of ice time in a 3-1 United States quarterfinals win over Switzerland at the World Championship. Ben Smith, Charlie Coyle and Jake Gardiner scored on Reto Berra as the Americans out-shot the Swiss 24-22. Connor Hellebuyck stopped 21 of 22 shots in the playoff round win.

“We didn’t have as great a start today, but we found a way,” Trevor Lewis told Julie Robenhymer. “The second period was big for us. We had everyone contributing and it was a good battle for us. That was the kind of second period we needed and I think we kept it a lot more simple tonight and we executed better.” GAME RECAP | BOX SCORE | LAKINGS.COM FEATURE

The United States has advanced to the semifinals for only the second time since 2009 and will play Russia in Prague at 10:15 a.m. PT on Saturday. Though the Americans claimed the bronze medal in 2013, they haven’t won a gold or silver medal at the World Championship since a gold medal in 1960.

In Prague, Jake Muzzin recorded two assists and a plus-three rating in 16:51 of ice time, and Tyler Toffoli logged two shots on goal in 11:14 of ice time in Canada’s 9-0 win over Belarus. Muzzin now leads all skaters at the tournament with a plus-12 rating. GAME RECAP | BOX SCORE

Canada, which has averaged 7.25 goals per game in the tournament, will face the host Czech Republic in a semi-final game in Prague at 6:15 a.m. PT on Saturday. The Canadians haven’t medaled at the World Championship since a silver medal finish in 2009 and haven’t claimed gold at the tournament since 2007. 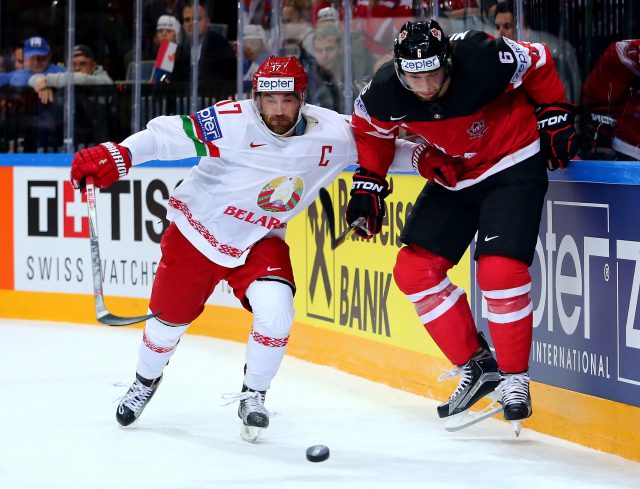