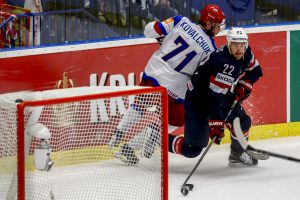 U-S-A. U-S-A. The Americans used goals by Trevor Lewis, Torey Krug, Mark Arcobello and Brock Nelson, and a 15-save performance by Jack Campbell to defeat Russia, 4-2, and move to 3-0 in preliminary round play at ČEZ Aréna in Ostrava, Czech Republic. Lewis, who opened the scoring, nearly added a late empty-netter (before Nelson ultimately did so) when he hustled to negate an icing and had his backhanded attempt towards an open net blocked by Evgeni Malkin. The IIHF’s recap is here. Video isn’t available just yet (the game ended during the nine o’clock hour, Pacific time), though for Belarus-Slovakia highlights (which starts with Marian Gaborik getting denied on a penalty shot), Canada-Germany highlights (which include clips of a 17-save shutout performance by Martin Jones and assists by Tyler Toffoli and Jake Muzzin) and Russia-Slovenia highlights, click on the links. 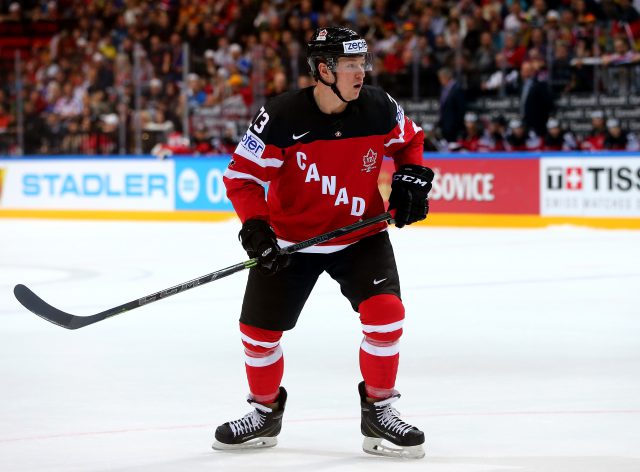 SLAVA NEWS. From CBSLA.com: “A Superior Court judge was expected Monday to decide whether to order the wife of Los Angeles Kings defenseman Slava Voynov to testify against her husband in a pending domestic violence case.”

Hearing for #SlavaVoynov set to start. He takes his seat next to attorney Pamela Mackey. Not sure how much I'll live tweet.

Judge now deciding whether he needs to rule today on whether statements come in if she doesn't testify. Might need to wait on that

Defense says statements Varlamova gave to social worker in hospital are priviledged. Prosecutor say she is a mandated reporter of DV

THIS MAY SOUND FAMILIAR. The 25 Moments From Every NHL Playoff Series: Fear, smugness, satisfaction, loathing and discomfort as articulated by the wonderful Sean McIndoe.

JEWELS FROM THE CROWN

TOMERSCH HOLMERSCHSTROM? Bobby Scribe likes what he sees in Michael Mersch and references back to one of the most immovable netfront objects there ever was in a prospect profile.

IT WAS ONLY A MATTER OF TIME. The #HowOldRobot fad caused a stir on Twitter last week, and it was a given that some humor/satire site would apply it to NHL players. Here’s PumperNicholl, reachin’ for the low hangin’ fruit. All right, this is actually pretty funny. 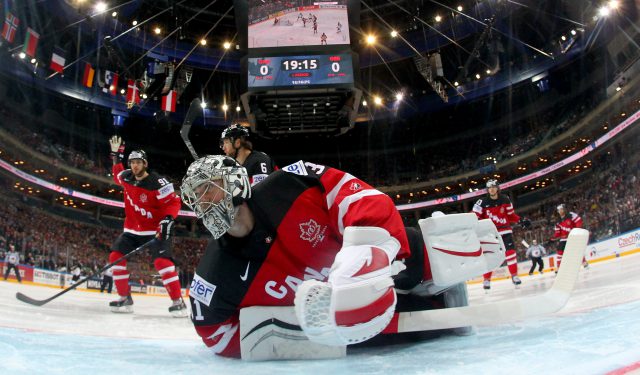 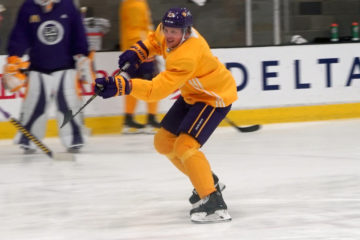