Concerning NHL financial news, and how it relates to LA’s cap 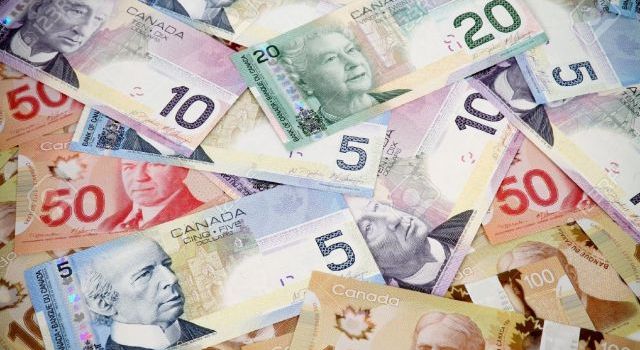 Nick Nickson and I covered the topic frequently during first intermission Insider Reports, and if you haven’t been following the weakened Canadian dollar’s impact on the NHL closely, you should be. There’s the potential that it will have a significant influence on the salary cap and greatly affect the teams that operate right under the cap (see: the Los Angeles Kings, amongst others).

The most recent alarming news came via David Shoalts of The Globe and Mail, who after speaking with an anonymous NHL Governor, reported that because of the currency hit due to the floundering Canadian dollar, the league will lose roughly $73.61 million dollars off the first year of the 12-year, $5.23-billion Canadian broadcast deal signed with Rogers Media in November, 2013.

Because of the struggling dollar, players are paying a greater share of their revenues into escrow. It is now very possible that the players do not vote for a five percent salary cap escalator – an option protected by the CBA – to limit escrow payments.

“If the players do not exercise the escalator, as is now expected, next season’s salary cap would be $68.1-million (U.S.) based on the NHL’s projections in March, which counted on the Canadian dollar staying at 80 cents,” Shoalts wrote.

As reported both on radio and on LAKI, a decision by the players not to bump the salary cap by five percent would have a major effect on the Kings’ financial flexibility. Based partially on information that was available when CapGeek.com operated, the Kings have roughly $64.15 million allotted to 17 players for the 2015-16 season, a figure that includes Slava Voynov’s contract (Los Angeles would have roughly $59.98M spent on players if Voynov’s contract is not included). By these figures, the Kings would have roughly to $3.95M to $8.12M to spend on up to six players who open the season in L.A. (or seven, if Voynov does not return), without shuttling personnel already under contract, should next year’s salary cap end up at $68.1M. Tyler Toffoli, Martin Jones, Andy Andreoff and Nick Shore are restricted free agents, while Andrej Sekera, Jamie McBain, Justin Williams and Jarret Stoll are unrestricted free agents. Los Angeles is also eligible to sign top center Anze Kopitar to a contract extension beginning on July 1, though the new contract would not begin until the 2016-17 season.

A major loss on the Canadian TV deal for 2014-2015 will have an impact on the salary cap, currently $69-million (U.S.) per team this season. The cap is based on the league’s total hockey-related revenue (HRR), so it’s difficult to estimate the specific effect of the Rogers deal, but based on the league’s own calculations, it could result in a $1.3-million (U.S.) drop per team in the cap for next season.

That is less than a 2-per-cent drop, but it makes a big difference to teams operating close to the cap. For example, last October, Peter Chiarelli, then the general manager of the Boston Bruins, traded defenceman Johnny Boychuk and his $3.37-million salary for draft picks on the eve of the season to create some much-needed cap flexibility. The loss of the veteran top-four defenceman weakened the Bruins, who just missed the playoffs, and Chiarelli was dismissed last week.