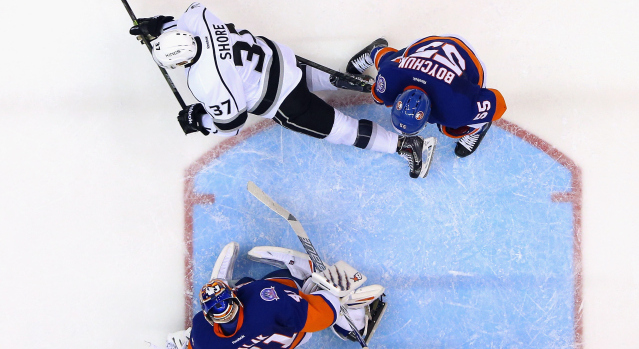 The Kings announced on Sunday that Nick Shore has been assigned to AHL-Manchester, an expected roster move that ultimately transpired when concerns about his health were ultimately allayed. Shore had undergone tests for mononucleosis shortly after the end of the regular season, though they came back negative. Hockey operations had told LA Kings Insider last Wednesday that Shore may “have some other health issues we need to clear up first,” though such concerns have obviously been cleared up.

In other Manchester news, Brian O’Neill, who is under contract with the Kings through next season, was voted the Les Cunningham Award winner as the AHL’s Most Valuable Player. O’Neill, 26, led the league with 80 points (22-78=80) and led league forwards with a plus-28 rating in 69 AHL games. He was named a second-team AHL All-Star last week.