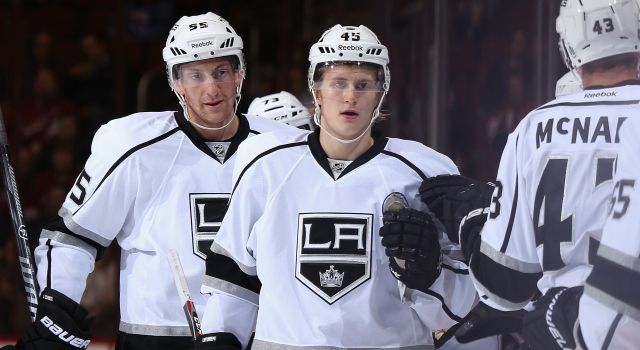 I hope to have some commentary from both inside and outside the organization later this week, but the Kings announced on Monday that they have signed 19-year-old defenseman Alex Lintuniemi to a three-year entry level contract. 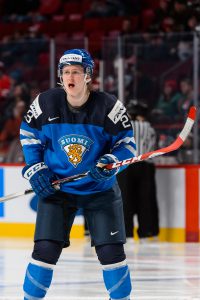 Lintuniemi, who signed an ATO with AHL-Manchester following the conclusion of his junior hockey season, made his Monarchs debut Sunday against Bridgeport and earned a point on his first AHL shift as he assisted on Colin Miller’s game-winning goal 83 seconds into the 4-0 win. The 6-foot-3, 218-pound left-handed shooter finished a plus-one in the victory and registered one shot on goal.

The Helsinki, Finland native was selected with the final pick of the second round at the 2014 NHL Entry Draft. He made his preseason Los Angeles Kings debut in a split squad game against the Arizona Coyotes in September and ultimately represented Finland in all five games at the 2015 World Junior Championships. In 58 games with OHL-Ottawa this season, the 19-year-old led all club defensemen with seven goals and 36 points. Armed with a heavy shot from the blue line, Lintuniemi is seen more as a physical, stay-at-home blue liner.

Lintuniemi will turn 20 during training camp this coming fall. Though he’s eligible to return to the OHL as an overage player, it’s expected that he’ll compete for and ultimately earn a spot on the Ontario Reign’s blue line and become a full-time AHL player in 2015-16. 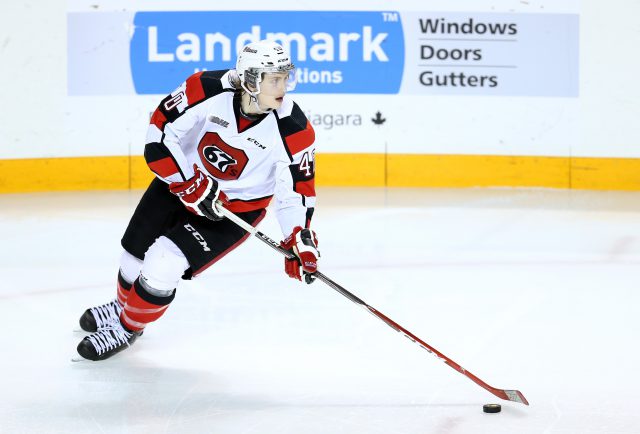