Stoll talks future, looking up at banners during anthem 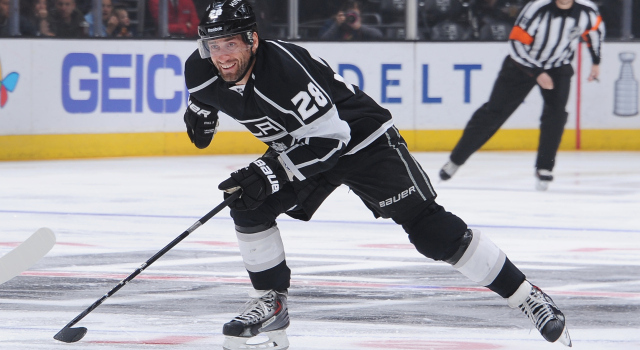 Stoll, on picking up the puck at the end of the game:
No, that was for Robyn. That was for Reggie and whether he wants it or not, I thought it’d be a good thing.

Stoll, on whether he’s thinking about his possible upcoming free agency:
No, it’s whatever happens, happens. I said it the other day, it’s hockey. You play and you work hard for your team and you be a good teammate and that’s all you can really do.

Stoll, on whether he blocked out memories and emotions in the last game of the season:
I think during the anthem I definitely looked up at the two banners and I had chills, to be honest. It meant a lot for us not making the playoffs this year and what we’ve gone through the last three or four years. I definitely got caught looking up there and being proud of those being up there. I’m just glad we won our last game for the fans and for our group in here and 180 or something sellouts in a row, that’s pretty impressive. Definitely a lot of the support of the fans, and we wanted to win for a lot of reasons.

Stoll, on whether it was his last game as a King:
I don’t know. We’ll see, yeah. We’ll see what happens. That’s the game, that’s the way it is. We’ll see what happens. That’s all I can really say. We just finished our last game here, so it’s a disappointing finish. Not making the playoffs was a really weird feeling and … it’s not a feeling you want to have ever again. You’ve had the two separate, opposite feelings really. Winning the cup here at home and then missing the playoffs. It’s tough, but we’ve got to move on and try to get better. Each player has got to try to get better in the offseason. Whoever is on this team next year, every season things change and little tweaks here and there, but you’ve just got to get better individually to be better for next season.

Stoll, on what role he’d play if he returned to the Kings next season:
I’d play any kind of role, to be honest. [Reporter: You would?] If we make the playoffs and have a chance to win the Stanley Cup, I would play absolutely any role. You want to be a part of a good group, you want to be a part of a fun group that wins. I don’t think you ever want to be on a losing team. Sometimes, obviously it happens. You’re not going to make the playoffs every year, you’re not going to win every year. But you want to be with a great group that means a lot to one another and has a chance to win a Stanley Cup.