The elephant in the room is obviously the team’s postseason credential, so let’s start there. Unless the Los Angeles Kings were to win or lose four or five games on the road trip, the recently completed gauntlet wasn’t going to have a profound influence on whether they’d make or miss the playoffs. They finished 3-2-0, so this club’s final standing will still be determined by the last four games of the season – at Vancouver, Edmonton and Calgary, and versus San Jose – though that’s based on the assumption that they take care of business against Edmonton and Colorado at home. A successful playoff push that began as a slightly better than a coin flip’s chance upon the team’s arrival in Newark is now likely slightly worse than a coin flip’s chance. SportsClubStats.com gives the team a 51.7% chance of making the playoffs. In other words, they’re still within the margin of error of a coin flip. And while Darryl Sutter downplayed the idea of a wild-card entry, that’s at this point the most probable way to get in. Given their remaining schedules, the Kings (EDM, COL, @VAN, @EDM, @CGY, SJS) can certainly earn two more points than Winnipeg (NYR, VAN, @MIN, @STL, @COL, CGY) over the final six games and capture the second wild card spot. 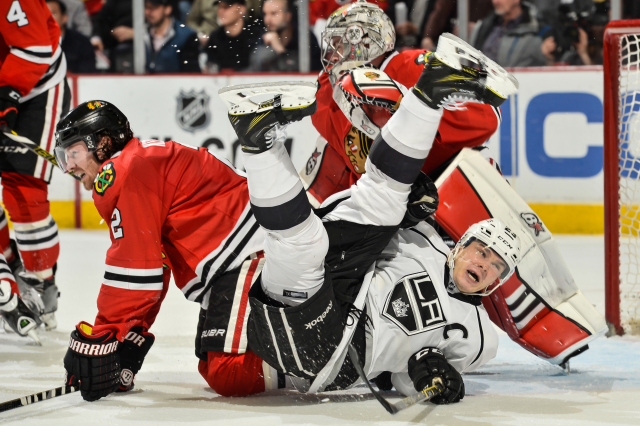 Those games against Edmonton and Colorado, of course, aren’t assumed wins – nor is any game at any time of the season an assumed win – given the way the team performed over four of the final six periods of the road trip. Whether the Kings were weary after extensive travel, done in by other quality opponents, or affected by some other variable, Los Angeles’ play in the first period against Minnesota and throughout last night’s game was a sharp, virtually night-and-day divergence from their play against the New York-area teams. The Kings ceded a goal on the Blackhawks’ first scoring opportunity on Monday and weathered an assault that was curbed by Jonathan Quick, who was the barrier between a 4-1 loss and something more lopsided and crooked. 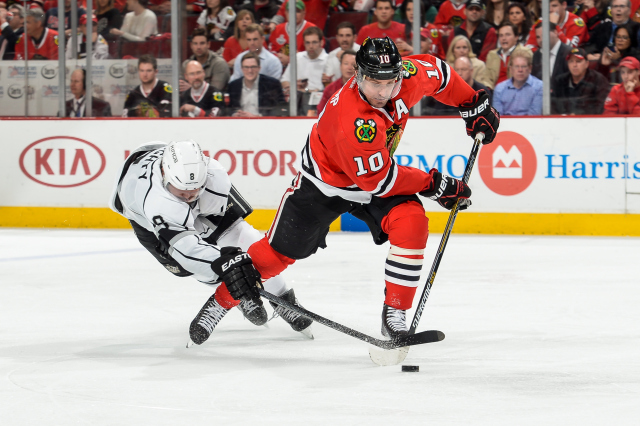 When Darryl Sutter is looking to find improvement in his club, he often looks towards individual performances and ways to get more from certain players. Apart from Quick, was there any King who had a standout individual performance? If referencing the metrics, Nick Shore’s line had the most effective game out of any L.A. line, and Dustin Brown helped generate several key opportunities, even if he was unable to find the handle on one or two of them. Speaking of individuals, there wasn’t a great deal of positivity to convey from last night’s game. To be fair, the Blackhawks, despite recent challenges and a drop in the standings (that Chicago has responded quite well to), are still obviously among the Stanley Cup favorites and continue to give the Kings their best efforts at home. Don’t think Chicago won’t win their first round series, whether it’s against St. Louis, Nashville or [Team X]. Still, it was jarring to see such a difference between the performance in the games against the New York Rangers, who are battling for the President’s Trophy and lead the league with a +51 goal differential, the playoff-bound New York Islanders, and the Blackhawks. Last night’s game pitted the team with the most shots per game in the league against the team that allows the fewest shots per game in the league, and it was the Blackhawks, who entered the game averaging 33.9 shots, post 23 shots in the first 24 minutes en route to a 40-shot performance in a match-up of two dominant possession teams. 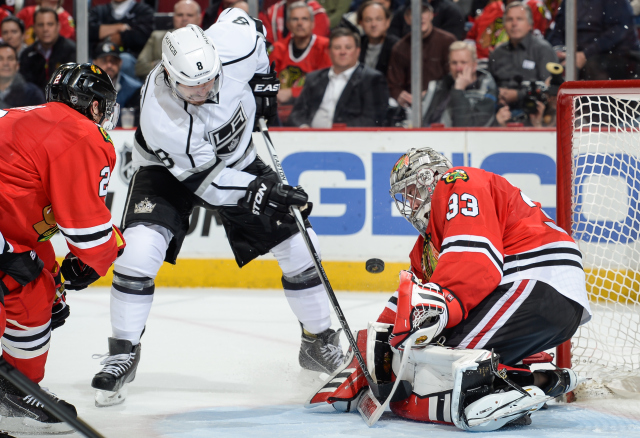 I’ll share news on Andrej Sekera when I receive it (first on Twitter, then LAKI), though from the brief conversation I had yesterday with Dean Lombardi, there wasn’t any great deal of optimism expressed in the defenseman’s status. Sekera was walking a bit gingerly when leaving the team’s dressing room last night, though he wasn’t on crutches, and virtually all players are walking with an affected stride after 76 games of an NHL season. But more will be learned about Sekera in the coming 24 hours and whether he’ll be available for the crucial late-season games that lay ahead. 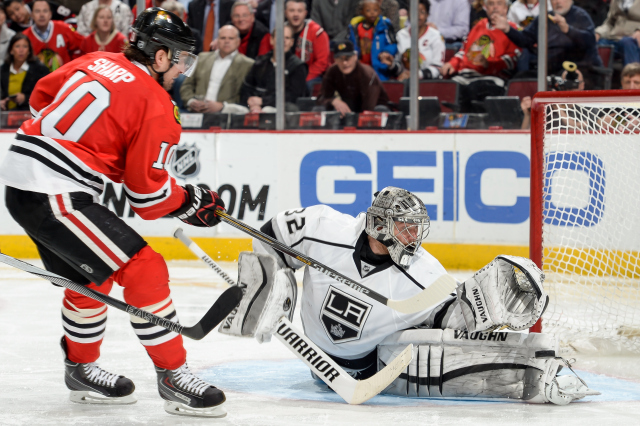