Doughty, on ice time: “I’m just used to it now” 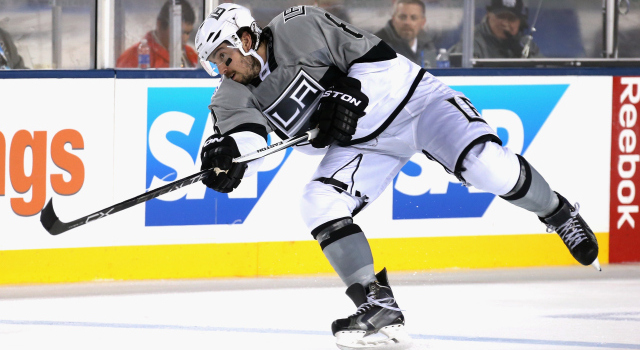 Drew Doughty is the NHL’s leader in ice time per game. His 29:23 average is 18 seconds more than Ryan Suter and a full 142 seconds beyond the 27:03 average belonging to Erik Karlsson, who ranks third.

It’s a heavy workload – and that’s how Doughty likes it. There hasn’t been any visible or consistent slip in his play despite the increase in minutes, nor has Doughty altered his approach at all.

“No, I’m not doing anything differently, really,” he said. “I’m just going on with my normal routine I’ve been doing for…this is my seventh year. So I haven’t changed too much. I’m just used to playing those minutes. It doesn’t seem like I’m any more tired or any less tired. I’m just used to it now. If I’m playing 28 minutes, I’m kind of like “What’s happening here?” because I’m used to like 30-to-31 minutes. No, I’m not doing anything differently. Obviously on off days I’m trying to get a little more rest than usual and if we have optional practice, I take the option just to get some rest. Besides that, I’m just going with my normal routine and trying to just play my best.”

It’s a workload that shouldn’t abate as longs as the Kings continue battling for a playoff spot in the Pacific Division and the Western Conference.

Drew Doughty, on whether the Kings’ place in the standing raises tonight’s stakes:
Yeah, we really had to put a mark on these division games coming up at the end of the season and we need to win them in order to be in the playoffs. They’re big four-point games, so we’re kind of happy we have to see them three times, because if we can win those three games it gives us a better chance.

Doughty, on whether the team waited too long to start playing their best hockey:
We never think we leave it too late, but we never want to do that either. We want to start off the season hot and hopefully be in first place, that’s our main goal. We were never like “Yeah, let’s just take a break and we’ll turn it on at the end of the season.” It doesn’t happen that way. So we aren’t happy about it, but we’re in the position we’re in now and we need to do something about it and get in the playoffs.

Doughty, on the defense dealing with challenges throughout the season:
Yeah, the I think the D has been through a lot this year – missing guys, guys getting injured – obviously Slava has been out basically the whole year and he’s a big part of our core, too. The guys that have had to step in and play have played very well for us and helped us a ton. We’re going to continue to keep battling and continue to keep trying to get better because the guys we have in here are very good players.

Doughty, on embracing having more responsibility among the defensemen:
I enjoy obviously having to play lots of minutes and having to play in all situations. I love being counted on. When pressure situations arise, I feel like I play my best and I think that I’ve done a pretty good job at it. But we’ve still got a lot of games left and I have to continue to elevate my game and play even better.