Mike Richards training at TSC this week, no move coming 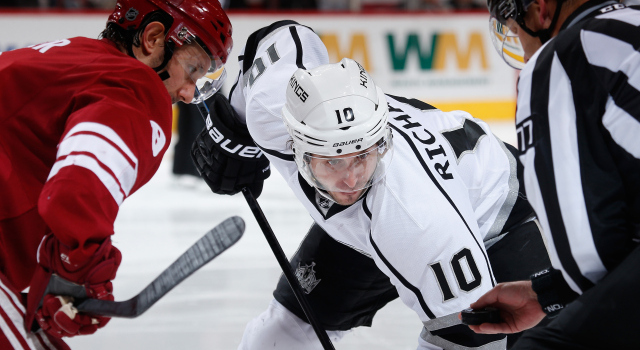 I’ve received several notices on Twitter that Mike Richards has been seen on the ice at Toyota Sports Center. A stick tap to those who have messaged me with the updates, but there’s no huge story here.

Richards is taking part in private physical testing and training before returning to Manchester this weekend. No roster move is imminent. The testing is part of an effort to get “a baseline for where he is at” while “trying to come up with a game plan to better his physical conditioning,” via hockey operations.

In 16 games with the Monarchs, Richards has three goals, 14 points, a plus-six rating, four penalty minutes and 39 shots on goal. The Monarchs (36-15-5-2) are tied with the Hershey Bears and the Grand Rapids Griffins with an AHL-leading 79 points and will return to action tonight at St. John’s. Richards will not play tonight or in this weekend’s games against St. John’s.