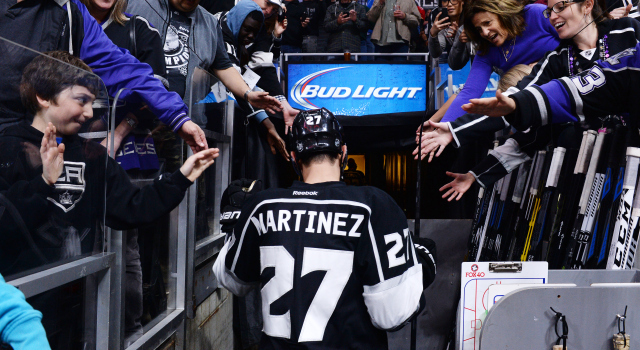 Defenseman Alec Martinez, who hasn’t skated since suffering “concussion-like symptoms” on a hit from Tampa Bay’s Cedric Paquette in a 4-2 Los Angeles win on February 7, could be nearing a return to on-ice activities, if all goes as planned.

In a discussion with hockey operations, it was learned that Martinez will need two strong days of riding a stationary bike before a decision is made on whether he’ll be able to take the ice again. The two days on the bike were delayed because Martinez recently came down with the flu, hindering his recovery.

Should Martinez emerge from these two days of hard work appropriately, there is the chance that he could resume skating at some point late this week.