At this point, there is no firm word on whether Andrej Sekera will be in the lineup when the Kings host the Ottawa Senators tonight at 7:30 p.m. Sekera, delayed by weather leaving North Carolina, arrived in Los Angeles this morning and passed his physical earlier today, so whether he plays tonight will come down to Darryl Sutter’s game-time decision.

While Sekera wasn’t available to meet with the media this morning – though he may be available prior to tonight’s game – reporters spoke with three of his former teammates to learn more about the 28-year-old defenseman who amassed 155 points (30-125=155) in 470 NHL games with the Buffalo Sabres and Carolina Hurricanes.

“He’s obviously a really good player,” said Brayden McNabb, a former Buffalo teammate of Sekera’s. “He’s a great skater and he protects the puck really well. He’ll chip on the offense and he’ll be a good defender. He’s a good team guy too, so he’ll fit in well.”

Robyn Regehr, on Andrej Sekera:
I think he’s feeling the same way, getting to a competitive team where he’s really got a chance to be successful both as an individual and with a team here. But as a player, he’s a very solid player. When I played with him in Buffalo, actually we were paired up at a point in time there where I was playing the left side and he was playing the right. So he can play both sides of the ice as a D-man, which is a nice option to have, the same thing as a guy like Alec Martinez who can go back and forth. Very, very well rounded defenseman, plays in offensive situations on the power play but also plays a pretty complete game defensively and [inaudible] the puck and can move the puck.

Regehr, on the emotions of being traded to a team with championship aspirations:
It’s a lot of different emotions. I think first of all is the excitement that surrounds the change because anytime you do have a change and you’re going from, as you mentioned, an organization that has a chance to win from one that’s really been struggling for a number of years. Right away, you know that you’re going to be in the thick of things and as an individual you have to make sure your energy levels and the competitiveness is up to where it needs to be. I think he’s really looking forward to that, having something to play for other than just trying to secure a job kind-of-thing. So I think that makes him very excited to be here.

Marian Gaborik, on Sekera:
He’s been around for a while, so he knows what’s at stake. He knows how to handle himself and he’s excited. Definitely, like I said, he’s going to help us for sure.

Gaborik, on whether Sekera will be moving in with him:
Actually, he might be. Yeah, he will stay with me for now, until he finds something or whatever. So he’ll be with me, yeah.

Gaborik, on the organization’s willingness to make bold trades:
They do their homework and they know the players from around the league. They do good homework on them and I think they did the same thing on Reggie. I think [former Owen Sound executive Mike Futa] was his GM and he knows him pretty well. They know him as a player, they know him as a person, as well. I think it’s going to be a great fit.

Gaborik, on whether he was asked about his knowledge of Sekera leading up to the trade:
I talked to Futes a little bit just because we know him, both of us, so just prior. I knew that they were interested in him. So I think it’s a good move.

Gaborik, on what he knows of Sekera from playing with him internationally:
He’s a great competitor. He’s gotten better with his age and he’s been around for a while, so he wants to win. Like I said, he’s a great skater, a great smart player, good at both ends.

Brayden McNabb, on two players sharing the nickname “Reg”:
There will be big and small Reg.

McNabb, on how Sekera is as a teammate:
He’s awesome, he’s great. He gets along with everyone, he’s a great teammate and he’ll fit in just fine in this room.

McNabb, on playing for a team that acquires key pieces but is hesitant to trade active players:
It’s great. It’s a chance to win another cup. It’s the great thing about this team, you know we’re always going to have a chance and we have the ability to make moves like we did. It’s always exciting this time of year.

McNabb, on the Ottawa Senators:
They’ve got a lot of skill. They work hard. They have a new coach now, so you know they’re playing with confidence and we know it’s a team you have to be ready for. 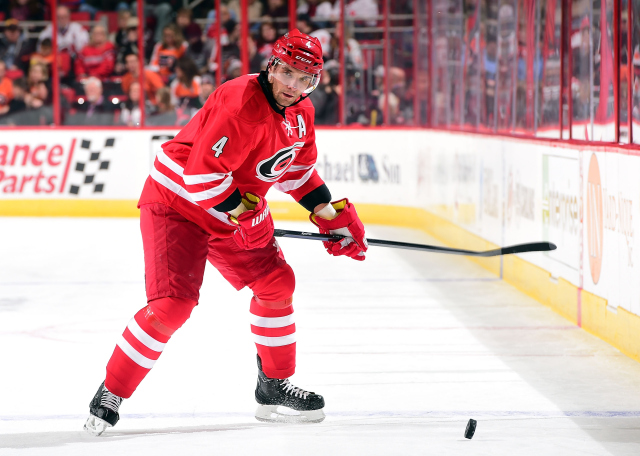