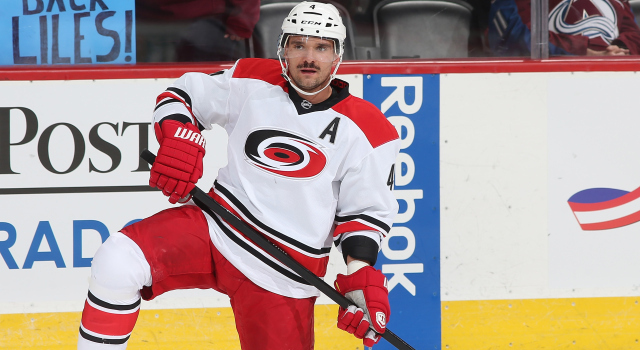 Dean Lombardi, the general manager of a team that has won two of the last three Stanley Cups, was the navigator of an organization that teetered on the blurred line between being a buyer or seller for the better part of the 2014-15 season.

And then came eight consecutive wins, a streak that the club will bring into its game against the Ottawa Senators Thursday night at Staples Center.

“The one thing about this team, I think from what they’ve accomplished the last three years and the way they appear to be responding here the last couple weeks, the players, I’ve always said, dictate a lot of what you do,” Lombardi said on a Wednesday conference call. “Given what they have accomplished and the way they have responded here…you say, ‘Let’s get aggressive here and make this better, just as we expect them to make themselves better.’”

It’s a significant move for Los Angeles in the face of the uncertainty surrounding Slava Voynov’s indefinite suspension by the league for his arrest on a domestic violence charge. Should Voynov’s trial – which is now set to open March 9, per Rich Hammond – end in an acquittal, there is the possibility that the defenseman’s $4.17M contract would eventually be placed back on the Kings’ books after the trading deadline would have afforded the team the opportunity to move salary, hypothetically speaking.

“So, factoring that into the price we paid – yes, it’s a steep price, factoring through the things we had to analyze with Voynov and things – but when it comes down to it, it comes down to your players. Given how far they’ve gone the last few years and the way they responded to adversity, I think that lends itself to being more aggressive. If this was a team that maybe had gone out in the first round the last couple years or whatever, you back off. I don’t know if it’s the right word, but what they’ve accomplished and the way they keep fighting through, it’s almost like you owe it to ‘em. I think that’s what your level of aggressiveness gets in terms of what you pay and the moving parts that are involved overall in terms of the Voynov situation. … If they hadn’t done what they’ve done here in the last three years, like I said, they deserve it.”

Given Voynov’s status, it wasn’t exactly a tightly guarded secret that the Kings were looking to upgrade their blue line.

“I think it’s the one area of the team that we felt was the one area that could be targeted in terms of an upgrade,” Lombardi said. “…I think the thing about him, number one, he’s a competitive guy. We have no issues as far as him fitting in here with this group. No question he’s going to be hungry. I think whenever you look at your back end, it’s a mix-type thing, and I think [there are] things he can bring to us. … He’s very mobile, and even though he’s not big, he certainly competes. He’s a smart player.”

Defenseman Alec Martinez is also sidelined due to concussion-like symptoms. Originally deemed “day-to-day” by Darryl Sutter on February 8 following the hit he absorbed by Tampa Bay’s Cedric Paquette on February 7, Martinez has not yet resumed skating and “as of now [has] nothing planned further than the [stationary] bike,” according to a member of the club’s hockey operations.

Martinez’s absence did not prompt this trade, as Lombardi pointed out.

“To say it was triggered because of Marty? No, not at all,” he said. “This was something we’ve been looking at as we monitored the Voynov situation all year.”

Like Martinez, Sekera, a left-handed shot, can play both sides.

“We kind of looked at that,” Lombardi said. “He actualy played that side. He was paired with Robyn when they were in Buffalo, and both he and Marty have the ability to move over there, as we’ve seen in the past.”

Lombardi said the team had not asked for permission from Carolina to speak to Sekera regarding a contract extension prior to the trade. It’s in line with the team’s deadline maneuvering last season.

“It’s similar like when we did Gaborik,” Lombardi said. “He came in the last year of his deal and we were able to see where it all fits. I think you’re seeing lately that we’ve been focusing on our own, and making sure we can keep that group of the youngest players together. It certainly doesn’t rule it out down the road, but I don’t think it’s something [that would happen] right away. I think it’s similar to Gaborik. We didn’t feel we were under the gun.”