Waking up with the Kings: February 22 - LA Kings Insider

Waking up with the Kings: February 22

So, let’s just get it out of the way: from upstairs, you can’t see a whole lot in Stadium Series games. The sight lines were better than they were at Dodger Stadium, and the venue was terrific, and credit deservedly goes to Sharks fans and Northern California for turning the event into a (soft) sell-out – the ratio was much more Sharks-heavy this year than it was Kings-heavy last year – in an enormous stadium that seats nearly 70,000 people but doesn’t offer a good enough view to address the finer moments in the game. But the San Jose fanbase was jazzed! They represented their team well with a much more voluminous ticket inventory and without a cross-town partner to help push sales. Good on you, Sharks fans. More similar to last year, the visiting team took an early lead on a simple play by getting the puck and bodies to the front of the net. Drew Doughty two days ago spoke about the team’s need to simplify its game, and Los Angeles did just that. There wasn’t anything fancy about their goals. The first came on a Kyle Clifford deflection; the second on a neutral zone strip to set up a contested Marian Gaborik breakaway and slapshot. This was a pure Western Conference, Kings-Sharks outdoor game. It was low scoring (as most Stadium Series games are), intense and physical with major playoff implications on the line. The two teams set outdoor game records for blocked shots and hits, which isn’t a surprise at all given the type of head-to-head hockey we’ve seen in the rivalry over the previous two seasons. 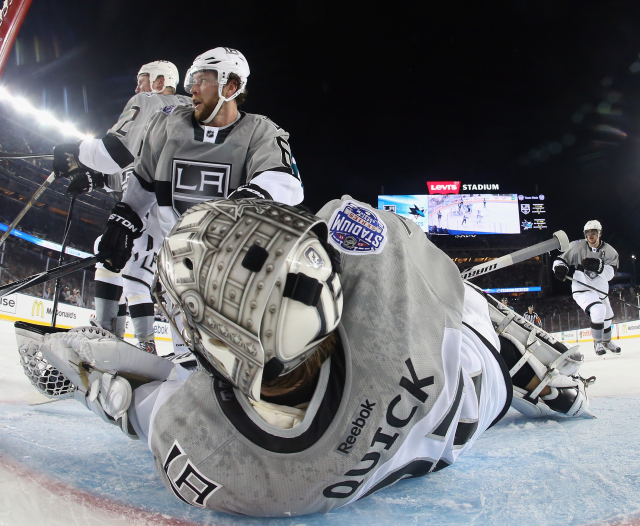 The Clifford-Shore-Nolan line was outstanding. They earned several extra shifts by operating heavily in the offensive zone and generating possession totals that were in the black, meaning that they fulfilled their roles and outplayed their opposition. Clifford’s goal, which came at the end of a long, effective shift in the Sharks’ end, was elicited by a strong forecheck, something that the line was able to provide consistently all evening. The goal also spoke to the depth and balance of the scoring that the team has relied upon during the seven-game winning streak. There’s no one line carrying the team during this stretch (though the King-Carter-Toffoli line has done most of the heavy lifting). On Saturday it was the “first line” and the “fourth line,” and Dwight King came inches away from making it the “second line” as well, though Antti Niemi apparently got a pad on his breakaway attempt to stifle one of three Grade-A chances the Kings produced within the first five minutes of the third period. While Clifford and Jordan Nolan have adhered to their roles well during this stretch, there does appear to be a general upward trend in Nick Shore’s game through his first 13 NHL appearances. 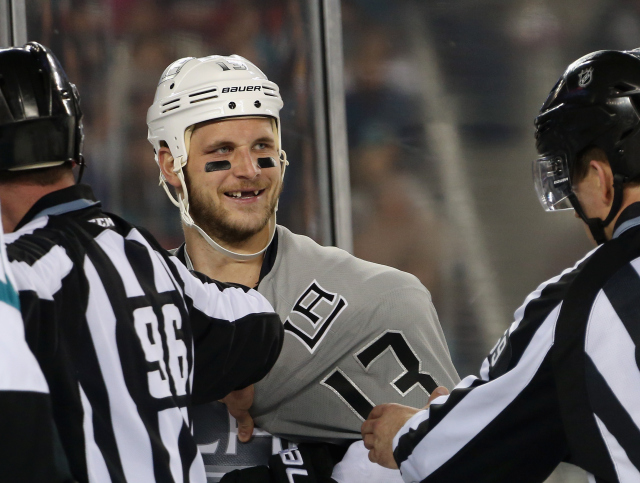 Darryl Sutter, like many coaches, is irked by goals against that come off faceoffs. Given that San Jose’s goal came off a faceoff, from a sharp angle, with 64 seconds remaining in the first period, he probably wasn’t too thrilled about a tied game after 20 minutes of hockey that featured a good 12 minutes of dominant puck possession by the Kings, who capitalized on some early Sharks turnovers. Other than that, there was nothing really to find much fault in with Los Angeles’ performance. They were not the better team in the second period, though they didn’t cede a goal thanks to a strong performance by Jonathan Quick and the denial of any surplus of Grade-A or B-type chance (though Logan Couture found iron late in the second on what was San Jose’s best chance after Brent Burns’ goal). Maintaining the tie, the Kings jumped all over the Sharks at the start of the third period, and much like the start of the game, L.A.’s pressure produced scoring opportunities and a big goal. 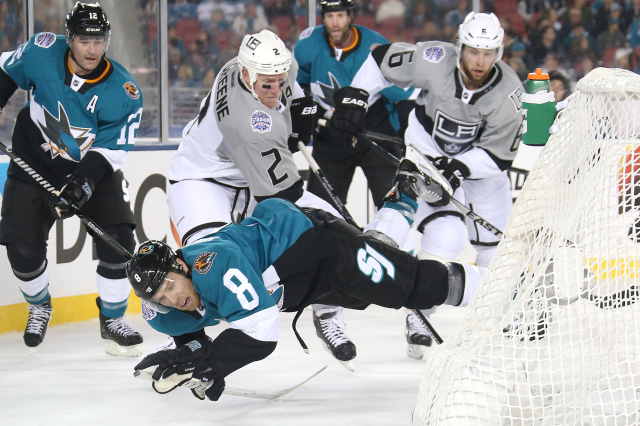 Robyn Regehr broke an outdoor game blocked shots record that he previously shared (and now shares again with Anze Kopitar). Perhaps Melker Karlsson is the new Ales Hemsky; Regehr’s check on the Swedish rookie sent shockwaves through the boards behind the Kings’ net at the end of the second period, and Regehr continued the sequence by violently channeling Karlsson away from Quick so that the Kings’ goalie had a good line of sight in the period’s final minute. He was very effective in his 27:37 of ice time. 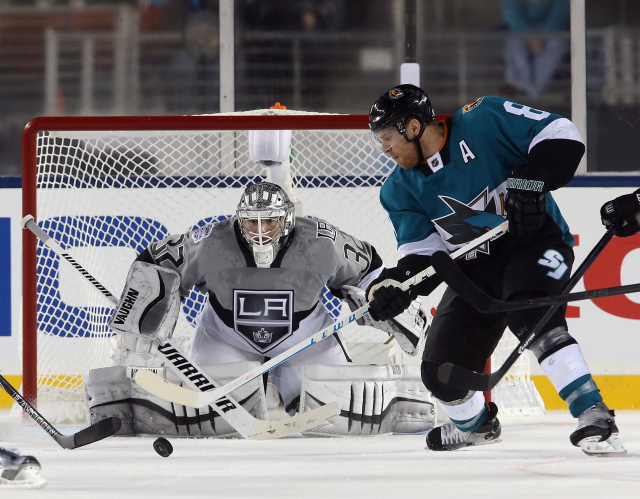 Los Angeles’ penalty killing has hit a nice February stride. They received another big kill at the end of the game when Dustin Brown was whistled for a trip that may or may not have actually been a trip (though who am I to question the officiating from the press box of an NFL stadium?). The Kings have now killed 10 straight minor penalties and haven’t allowed as many as four power plays in a game since the 4-3 win over Chicago on January 28. 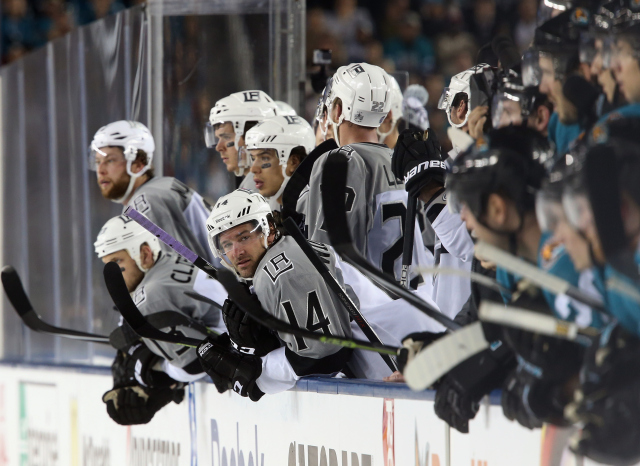