Yes, you read that correctly. We’re in San Jose, not Santa Clara or Palo Alto or any of the other cities that have borne en masse the conglomerated commercial tech parks that straddle the wide boulevards and populate the slow-livin’, suburban landscape on the Southern San Francisco Peninsula. We’re staying at a familiar team hotel – though unfortunately there won’t be any post-game rickshaws – and will commute to Levi’s Stadium later this evening. The Kings aren’t holding a morning skate.

Speaking of Levi’s Stadium, the facility is tremendous. The first thing noticeable from the press box (other than ‘hey, there’s a hockey rink in the middle of a football stadium!’) – is how terrific the sight lines are. Those sight lines for football look outstanding, but for a game where we’ll all be tracking a three inch-by-one inch rubber disc, it’ll be much easier to follow along than it was at Dodger Stadium last year. The Dodger Stadium event was a fantastic event operationally and took place in one of sports’ hallowed grounds, but for the purposes of watching the game and keeping tabs on particular players and being able to see them emote and react and make little plays, this year’s set-up should prove to be superior.

There’s no landing video because I was booted off the charter yesterday (not literally; that would’ve been a scene!) due to the few extra hands on deck. I guess I could’ve made a landing video anyway, but I was in an aisle seat and didn’t feel like reaching across two people to make it happen. Instead, in a nod to the entertainment and window dressing around tonight’s game, here’s a loosely related Simpsons clip.

Even though there’s no morning skate today, there’s still plenty to come up until the drop of the puck at 7:15 p.m. Enjoy your Saturday, Insiders, and rest up – there’s a big game tonight. 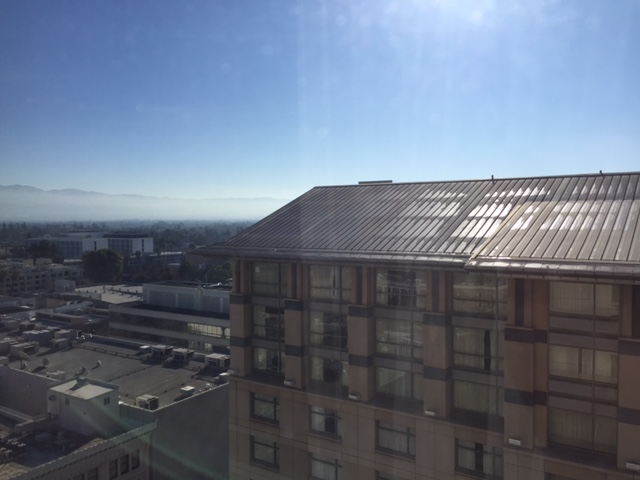