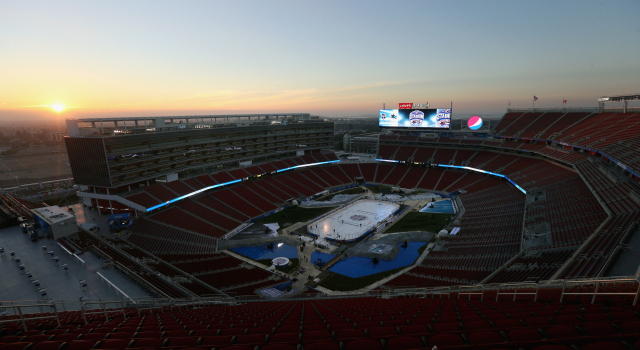 With the white pants that the Kings broke in and because of the discussion raised over Stadium Series jerseys, there’s an interesting conversation worth sharing with Kings Special Assistant to the General Manager, Jack Ferreira.

Ferreira, now in his 43rd season of professional hockey, has served as General Manager of the Minnesota North Stars, San Jose Sharks and Mighty Ducks of Anaheim and helped launch the hockey operations staffs of the latter two teams and guided them through their infancies.

As the general manager of two expansion teams, Ferreira had a firsthand view of the franchise-building process through windows into both hockey and business operations. On the business operations side, he was involved in the process of selecting jerseys and jersey colors of both the Sharks and Ducks, and with the North Stars, he was involved in an attempt to design black jerseys that Minnesota would wear in divisional road games, an idea that the NHL nixed.

The chat is loosely related to the Stadium Series – really, the link is to San Jose and the gears behind putting together a jersey that launched a teal revolution throughout sports – but is an interesting piece of history relating to the growth of the game in California, which tangentially set the stage for events such as Saturday’s.

In the spring of 1991, Ferreira was looking for an interesting wrinkle on the Sharks’ logo, one that never made it past the planning stage.

“When we got to the logo, I wanted two things. I wanted the tie jerseys, like so many that you see, the little shoelace thing under the chin. That got vetoed. I thought that would be totally different,” he said. “The other thing I wanted was, I thought when they finally decided on the logo, I wanted one tooth blackened out, kind of like a hockey player.”

The veto on the jersey tie came internally, while the blacked out tooth didn’t make it far with the league.

“Maybe they thought it was being too cartoonish,” Ferreira said.

Jack Ferreira, on settling on teal for the Sharks’ jersey.
I always remember that teal was going to be the primary color. I don’t know if this is the exact reason why, but in the bay in the Southern part of San Francisco, [the water’s] actually a teal color. So that had a lot to do with it, with George Gund. They had to name the team first before we got into the logo design or anything like that. But as far as the uniform, we had decided that it was going to be teal and the white. Then I got a memo, a package that came to my office and I didn’t know what it was. I opened it up and it was the design that we had settled on as far as the striping and everything was concerned, but it wasn’t teal. It was blue and green like the old Seattle Seahawks colors. I didn’t know what it was, so I took it into Art Savage, who was our president, and I said ‘What’s this all about?’ And just the look on his face, I sensed that I wasn’t supposed to get that package. I looked at him and he kind of fumbled and then didn’t say anything. So I just gave it to him. So I went back to my office and I called George Gund and I asked him about it. He didn’t know what it was all about. So then, it kind of died, but I don’t know if that was something that they were trying to go to or what. It just never happened, but I thought it was interesting just the look on Art’s face when I walked in with that jersey. Like ‘How did you get that,’ you know?

Ferreira, on whether there were prototype Ducks jerseys when he arrived in 1993:
No, the Ducks was comical. I remember with the Ducks, I was sitting in my office, the president comes in and he says ‘Come one, we have to go look at uniforms.’ No, he says ‘We have to go to wardrobe.’ I said, wardrobe? I didn’t know what the hell he was talking about. We went over to Disneyland to their wardrobe department and they had designs made up and I looked. One of the guys, the artists, he showed me his rendition of what it was and the original colors that he showed me were green and gold – most like the Athletics. I kind of like looked at it. Just the expression on my face, he said ‘What do you think of it?’ I said ‘it looks like the Ice Capades.’ [Reporter: Did it have a logo?] No. But when I had my interview with Michael Eisner, one of the questions I asked him was what the logo looked like. He fumbled around in his desk and brought out this huge folder. It was like a foot thick. He pulled out one and he said this is what it’s going to more or less going to be like. It’s pretty much what it ended up with that triangle. But he gave it to me, so when I went with the Ducks I had the original team sign it. I have that in my office.…The pants, when they came up with that, they call it eggplant, the purple. I don’t know who the manufacturer was at that time that was making the uniforms, I just think they didn’t want to have to go out and buy it. They said they couldn’t make the pants. So Disney went and bought the cloth and shipped it to them to make the pants.

Ferreira, on attempting to design a North Stars third jersey:
The green and gold were the colors, and I had to design a uniform that was black instead of green that we would wear on the road. Because then, you wore the dark colors on the road. I wanted it because we were in the Norris Division, and they called it the ‘black and blue division.’ So I wanted to put an emphasis on divisional games. I wanted to wear that black jersey just in divisional road games. I submitted it to the league and they approved it, but if I wanted to wear it I had to eliminate the green. I could only have two jerseys. Now everybody has six.