Waking up with the Kings: February 19 - LA Kings Insider

The Los Angeles Kings may not have played their most airtight away game of the season, but they struck the right notes that help produce road wins. They received excellent goaltending (Jonathan Quick’s performance was among his very best of the season) and timely penalty kills (the late first period sequence in which they were unable to clear the puck but completed the kill to maintain a one-goal deficit stands out), allowing the team to pounce in the second period after the margin of deficit was kept at one. From there, Los Angeles took control during a second period where the scoring chance discrepancy wasn’t quite as wide as the plus-three goal differential but featured an excellent final seven minutes in which the Kings set up shop in the offensive end in their best exhibition of puck possession of the evening. It ultimately turned in a three-goal road win in which the hosts were happy with their performance, if not the result. “Play like this, we’re going to win our share of games,” Patrick Roy said off-hand to reporters while concluding his press conference. 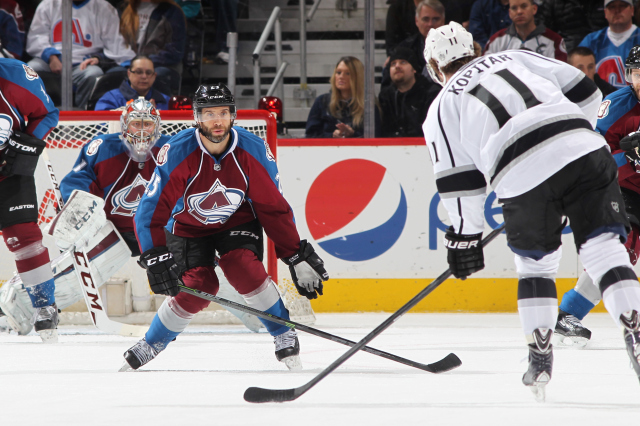 Drew Doughty’s patience and playmaking ability in setting up Dustin Brown for an important insurance goal was right up there with his Nashville end-to-end rush as one of the team’s most highly skilled plays of the season. On the delayed call, after Brown had drawn several bodies with him towards the front of the net, Doughty received the puck at the top of the right circle as the extra attacker hit the ice. He calmly brought the puck wide, causing Maxime Talbot to dive in an attempt to break up what he thought was an impending shot attempt, before gliding below the hash marks and stickhandling around a diving, stick-flailing Jan Hejda. As he drew attention below the goal line, both Zach Redmond and Matt Duchene were preoccupied with Anze Kopitar, which created space for Brown, who took a step back from the front of the crease. Doughty, before heading directly behind the net, issued a pinpoint pass through sticks and skates that found Brown with just enough room to settle down the puck and snap it past Varlamov for a goal that was as timely as it was handsome. There have been plenty of games to bolster Doughty’s Norris Trophy candidacy, and his performance on Wednesday, which included two assists, a plus-two rating and a team-high 4:27 of shorthanded ice time as part of a total of 30:07, is a fine exhibit in his campaign. 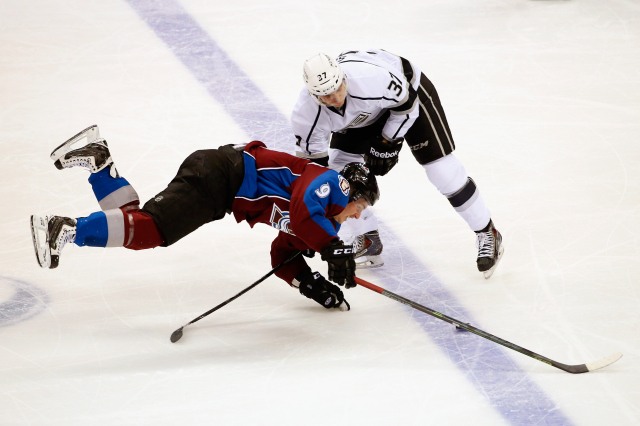 The Kings have a bit of a scheduling advantage over the Sharks heading into Saturday’s Stadium Series game. They’ve already returned home to refresh on a Thursday off-day, while San Jose will face a tough assignment in Dallas tonight before returning to the Bay Area, where much of the media will already have beaten them to town. They’ll immediately practice the following day at Levi’s Stadium, while the Kings won’t even make it up north until the afternoon. From speaking with players and coaches about their experience in playing at Dodger Stadium a year ago, there was mild-to-moderate frustration that the game was scheduled on the heels of a five-game road trip and that there wasn’t an extra day to decompress and fully handle the needs and the scope of playing in a game with such a magnitude (though Darryl Sutter will tell you that the team played well in the 3-0 loss to Anaheim). Once the puck drops, it’s likely not going to matter in a game in which the adrenaline will be flowing – not because of the surroundings, but because it’s a massively important swing game between teams right on the ink of the playoff bubble. But if Saturday’s game is tied in the third period, keep in mind that the Kings may have a very slight advantage in the mental and physical fatigue department. 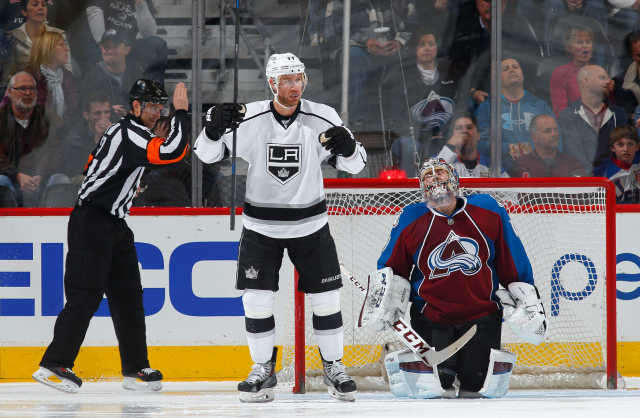 Two more tidbits: Jonathan Quick wasn’t referenced nearly enough in this write-up. He was just sublime, and his saves on Ryan O’Reilly (while killing a first period power play) and Alex Tanguay (on a third period redirect) took goals off the scoreboard. He was rightfully awarded the game’s first star. Secondly, congratulations to Brendan Ranford, nephew of Goaltending Coach Bill Ranford. Brendan, a five-year Kamloops Blazers sniper who was drafted by Philadelphia in the seventh round of the 2010 draft but did not sign with the Flyers, signed a PTO with the Texas Stars in the summer of 2013-14, and after a standout AHL campaign that year, signed a contract with Dallas for 2014-15 and returned to their top affiliate. After 50 games and 36 points with the Cedar Park-based Texas Stars, he was recalled by Dallas yesterday and is likely to make his NHL debut tonight against San Jose. Here’s a stick tap to the 22-year-old, who will have the backing of a lot of Kings fans tonight in a game laden with playoff implications. 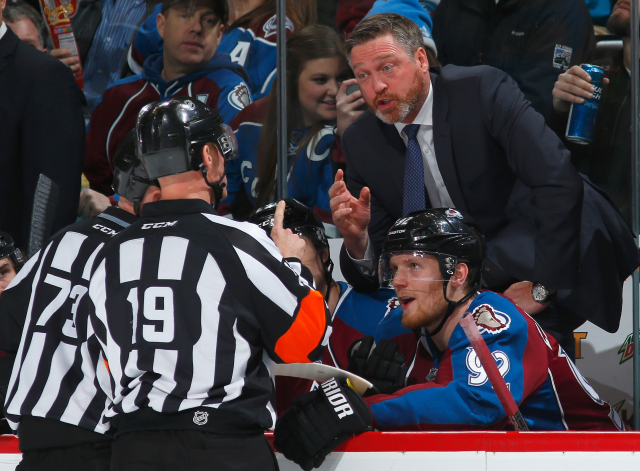