Superiority of West over East has clearly softened 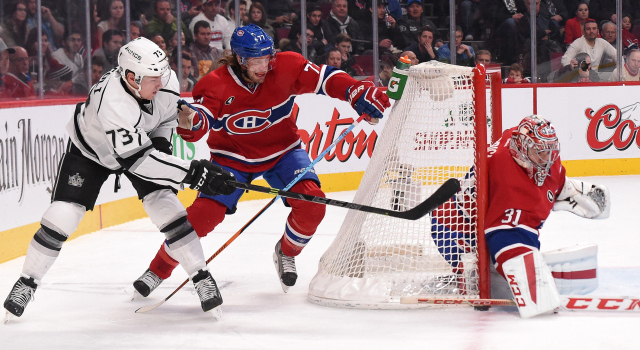 The commonly held notion that the Western Conference is light years beyond the Eastern Conference is an argument that has sprung a few leaks this season. Those holes in the boat are being plugged – the West has won 19 of the last 27 head-to-head match-ups versus the East – but it is clear that the parity between the conferences is much stronger than it has been at virtually any point over the last three seasons, a period in which the balance of power resided in the West.

“I don’t think it’s a quick turnaround and a quick period of time,” Darryl Sutter said. “I think it’s the National Hockey League and there are 30 teams, and now we’re into year three of the divisions and the conference changes and the not-balanced schedule in terms of home and road, and I think, as we always do, we adjust to rules and we adjust to conferences.”

The top Eastern Conference teams are faring better against the Western Conference than last year. Whereas five of the six teams currently occupying a divisional playoff spot in the East have won more than half of their interconference games, only three of the six teams to claim a top-three divisional spot a year ago won more than half of its games against the West.

One identifiable drop off comes from the fortunes of the California teams. While the loop through San Jose, Los Angeles and Anaheim was seen as a murderer’s row for the better part of the last two seasons, all three teams are at least five points off last year’s pace and have combined to win just 30 of 68 games against the Eastern Conference.

Is there a reason behind the East’s ability to close the gap?