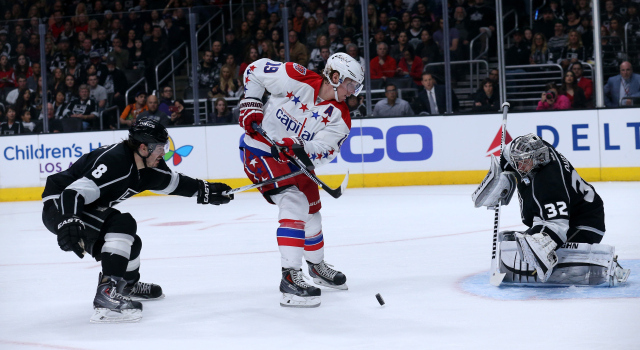 On whether this was as complete of a game as the Kings have played this year:
We’ve played a lot of complete games. [Reporter: What was it that you liked about this one in particular?] I think we were really good in our own zone. We were able to kill a big penalty. The first one to Drew was big against them. Blocked some shots against Ovechkin, and Jonathan made some big saves. Three different lines that scored. Got some decent minutes out of our defensemen.

On holding opponents below their shots on goal average:
I think our shots on goal and shots for are the top three or four in the league. [Reporter: I mean the opponents, the least amount of numbers they shoot-] We give up the first or second fewest shots in the league and we should have some more wins for it, but we don’t.