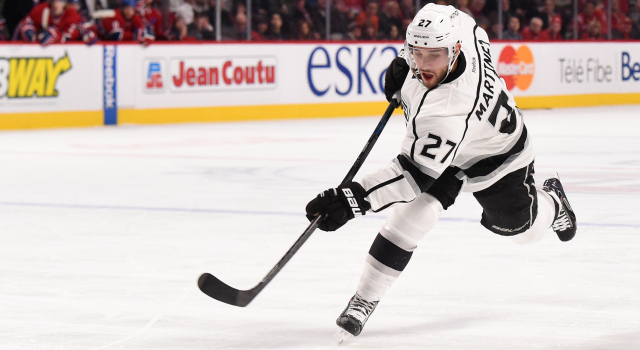 Darryl Sutter provided an update on defenseman Alec Martinez, who absorbed a heavy hit behind the Los Angeles net during the first period of Saturday’s 4-2 win over the Tampa Bay Lightning and did not return.

“He’s day-to-day,” Sutter said. “He’s got concussion-like symptoms which don’t appear to be very severe, but we have to be careful and cautious.”

Though the Kings have an available roster spot, there is no word at this point whether the Kings plan on recalling a defenseman from AHL-Manchester.