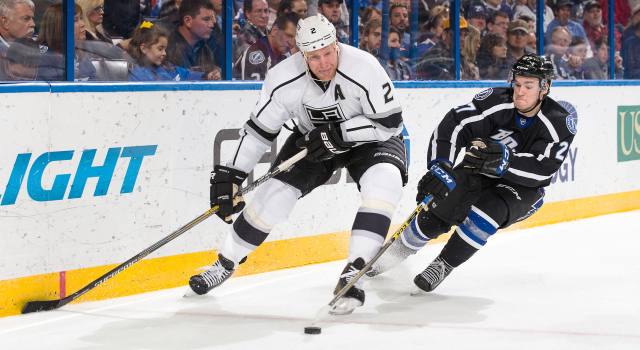 On the importance of the quick start:
The most important thing was scoring the fourth goal. Our goaltender was great again. We gave up too many scoring chances, which is what we’ve come to expect, and so we need to score more than two goals. Tonight we did.

On defensemen blocking shots and Drew Doughty’s key defensive plays:
We played with five defensemen the whole night. It’s the second time this year we’ve done it on the road and we managed to win tonight, so hopefully it doesn’t affect us the next game.

On whether this was the type of game he’s come to expect from Trevor Lewis:
He carries whoever he plays with. Tonight he did, too.