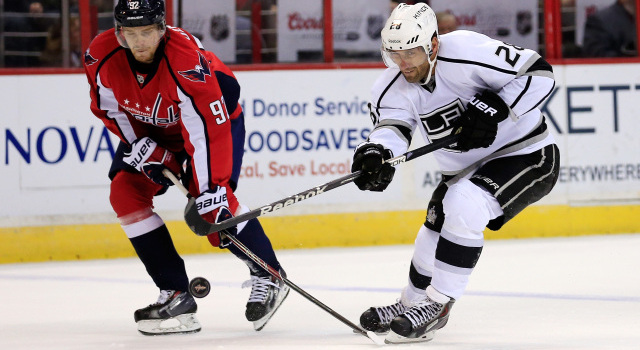 Jarret Stoll, on whether it is challenging to “stick with it,” given the team’s record:
I think sticking with it in some areas, but some areas we have to be better. We tie that game up the other night and then we give up a goal two minutes later with five minutes to go. Stuff like that, if that’s going to be happening, we’re not going to be winning hockey games. Some things positive, but you can’t win hockey games anymore in this league by having some parts of your game going and some parts not. It matters how we play, but it matters winning hockey games.

Stoll, on whether the playoff push this year feels different from previous years:
I don’t know. That’s a tough question to answer. We haven’t gotten our game going for a consistent period of time. In years past, I can’t really remember if that’s similar or not, but it’s the same bottom line here, we are where we are. That’s similar, but we’ve got to get our game going. I don’t even want to talk about it anymore to be honest with you. I just want to win hockey games and focus and worry about that. We’re trying to get our team game going to win those games.

Dwight King, on whether anything from the Boston game can be applied tonight:
It’s a little bit of the preparation and the focus that we had going in. I think we need that again along with just the work. Last game, we didn’t capitalize on some opportunities but we did some good things. Tonight we want to have kind of the same mindset, just a little hungrier around the net.