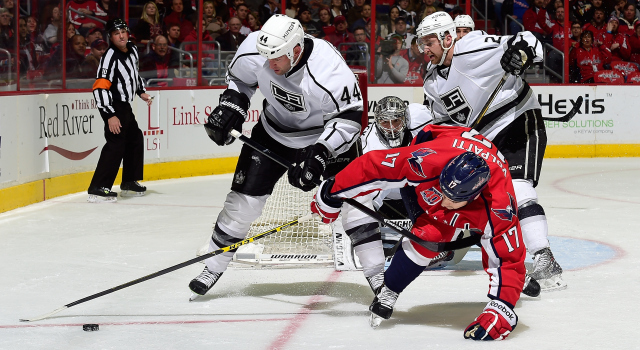 On Dustin Brown referencing a lack of emotion:
He did? He made a bad change on the first goal.

On the unraveling being uncharacteristic, and whether it’s difficult to get away from the routine:
We’re not the same team. It’s a quite a bit different team. We’ve been able to manage it at home, but a little bit more difficult on the road. [Reporter: You mean the way this team has played?] No, the personnel.

On the Kings controlling their destiny, and there being enough time to turn things around:
Absolutely. [Reporter: I mean, what’s it going to take for you guys to get over the hump and get in?] Win in Florida day after tomorrow.