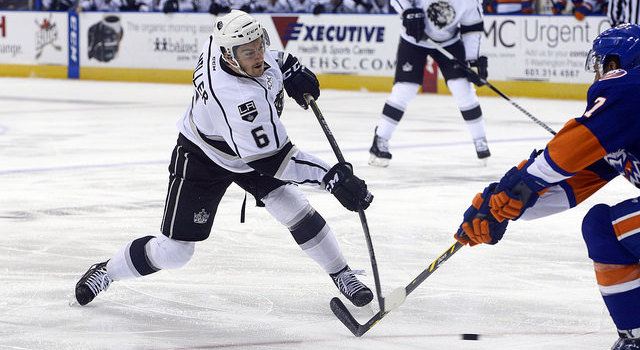 Manchester Monarchs defenseman Colin Miller had a day to remember at the AHL All-Star skills competition in Utica, New York yesterday, recording the competition’s hardest shot and finishing as the fastest skater in his respective drills.

Goalie J.F. Berube, a late addition to the event, made it to Utica from Los Angeles in time to combine with Philipp Grubauer of Hershey and Connor Hellebuyck of St. John’s to deny 16 of 18 skaters in the Panasonic Breakaway Relay in helping to preserve a 15-11 victory for the Eastern Conference All-Stars at the skills competition.

Berube is perfect in the shootout including this beauty… https://t.co/UKIvBvIIKJ

Jordan Weal also participated in the skills competition, while Nick Shore and Brian O’Neill (hand) were named to the Eastern Conference’s All-Star team – coached by Monarchs coach Mike Stothers – but did not participate. Via the Norristown Times-Herald, O’Neill, who had his hand skated over earlier this month and received 26 stitches, “expects to return to the lineup immediately following the all-star break.”