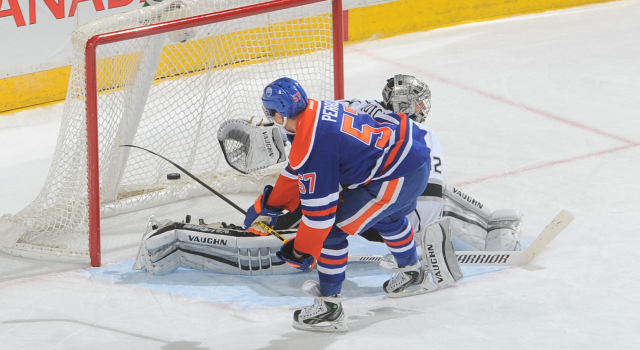 All the talk about Los Angeles’ underlying numbers supporting the position that they’re heading in the right direction means very little when they fall behind 2-0 to the league’s worst team before clawing away to tie the game and losing in a shootout. The Kings may have salvaged a point against the Oilers, but last night’s game was among the most disappointing losses of the season, if not the most. Despite the superb efforts against several high quality teams, the losses to Buffalo, Carolina, Edmonton and Philadelphia (twice) show that they’re leaving points on the table against teams that are closer to a lottery pick than they are to making the playoffs. Though Los Angeles finished the game with a 39-21 shots advantage, there wasn’t much of a consistent attack or surplus of high quality opportunities through the first 40 minutes. 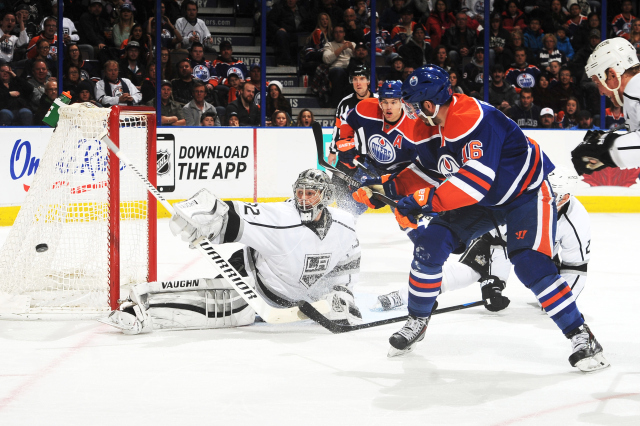 After the game I spoke to Jake Muzzin, who told me “We’ve got to get angry and get mad,” as part of a response to a question about the team’s attitude. I agree with that – many people would probably agree with that – even if teams have the juices going and are generally focused and ready to play at the first drop of the puck. But after Los Angeles was felled by St. Louis’ third period comeback two weeks ago, I did feel there was a palpable sense of wanting to inflict revenge against the Blues two nights later at Staples Center. The Kings fell behind by three goals in that game – and their body language, their emotions, their drive all suggested that they were a pissed off, determined group. They scored six of the next seven goals and won one of the more important games of the year to this point. I have a feeling we’ll see a similar attitude when the team plays a chief rival in Vancouver tomorrow night; I think we’re expecting a departure from an attitude Tuesday night that one representative of Kings hockey operations described to me as “vanilla.” 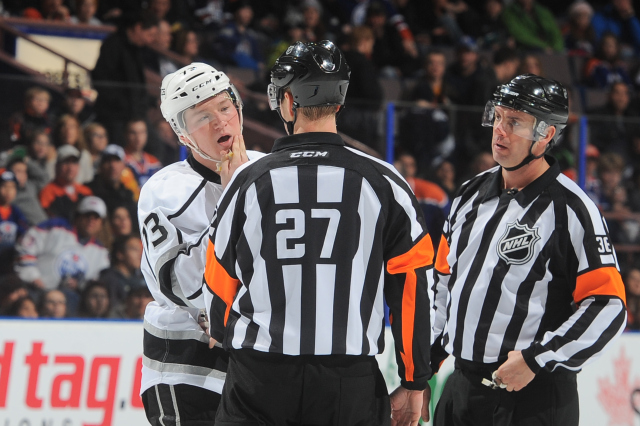 There’s the disappointment over a loss to a last place hockey team, and then there are the harsh realities of mental health struggles and real life gravity. There was a mass killing in Edmonton early Tuesday morning, and the Oilers held a moment of silence before the game. This isn’t to distract or to dilute the focus from the loss, but rather to commend Kings reporter Lisa Dillman, who was traveling from Calgary to Edmonton yesterday when she was called by editors at the Los Angeles Times to report on what many have said were the most shocking and disturbing crimes committed in the city over the better part of the last 50 years. On behalf of LAKI readers, here’s a stick tap to Dillman, who saw things at the South Edmonton crime scene that none of us would ever hope to see and gathered information that none of us would ever want to know. Hockey is a game. 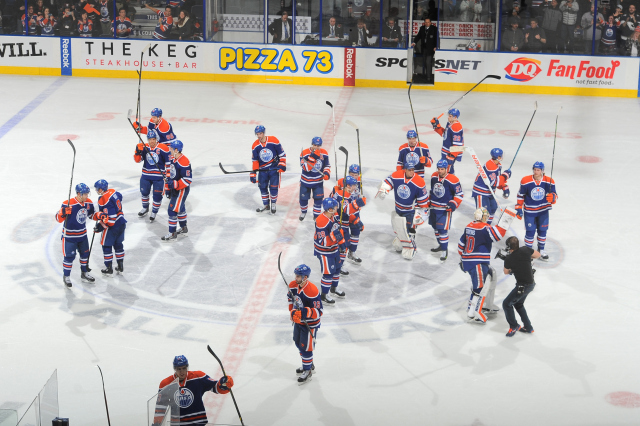