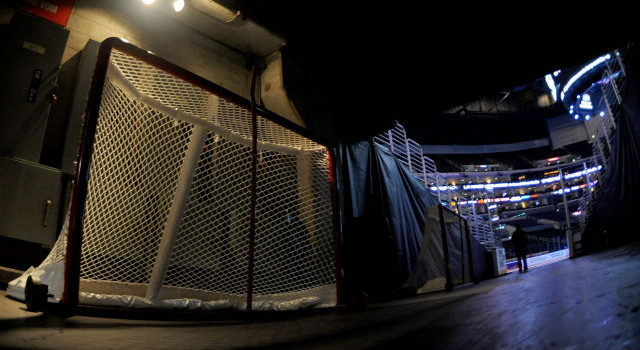 Slava Voynov pleaded not guilty to a felony domestic violence charge for the second time this month during an arraignment at the Torrance branch of the Los Angeles Superior Court earlier today.

A pre-trial hearing has been set for January 28 with the trial slated to open on March 2.

Today’s short court appearance set the clock moving towards a trial. The 60-day window allows both sides to prepare their cases in advance of jury selection on March 2.

Voynov, who was arrested on suspicion of domestic violence on the morning of October 20, will miss his 31st consecutive game tonight.

Mr. Voynov pled not guilty at his arraignment this morning. The case is set for pretrial on Jan 28. A jury trial has been set for March 2nd.

Slava Voynov pled not guilty this morning in Superior Court. Marta was not required to attend. Trial is set for March 2.