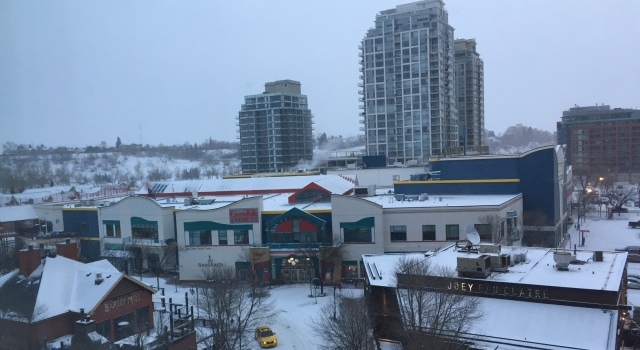 So let’s just get it out of the way: it is very cold here. It is so cold that, as I am writing this, I am told by the application on my phone that it is minus-two degrees outside. Apparently it will remain three degrees between 11:00 a.m. and 3:00 p.m., after which the temperature will leap up to seven degrees by 4:00. It will be zero at game time. By the time we arrive in Edmonton, we’re looking at stepping off the plane to minus-eight or minus-nine degree weather. Yes, this is Fahrenheit.

Are you ever cold at Staples Center? Those of us in the press box have stayed warm through heavy coats, space heaters, and making prudent decisions to move away from our designated seat assignments to avoid the blast radius of a giant vent that pours cold air on us. It’s really the world’s worst vent. We’ll be watching the second period of a Kings game, and then all of a sudden there’s a WOOSH and I have to keep my stack of papers and notes from being swept onto the floor by a powerful downdraft. There’s the familiar conversation between those of us who travel: which press box is *almost* as cold as Staples Center’s? Buffalo, Winnipeg and Nashville, you’re on alert.

Jonathan Quick leads Kings onto ice for warmups at Staples Center. where it is very, very cold.

@helenenothelen Not a graphic. It's so cold in here that it's snowing.

The Staples Center pressbox is freezing. There is a leaking ceiling in the pressroom and a crew is trying to fix it.

Staples Center press box temp is surprisingly NOT below freezing tonight. Worried about the ice turning into a slushy down there. #ANAvsLAK

So the focus of this Good Morning post is WINTER. Brrrr! Here’s a landing that doesn’t stray far from that theme:

It’s a game day, Insiders. Also: Slava Voynov will appear in court for a brief hearing that shouldn’t last much more than a minute. I hit my quote for use of colons in one story, so I’m going to shut this down for a few minutes, grab a quick bite and head to the rink. There’s lots more to come on a busy Monday. A very happy holiday season and New Years to you, Insiders. Let’s talk soon. 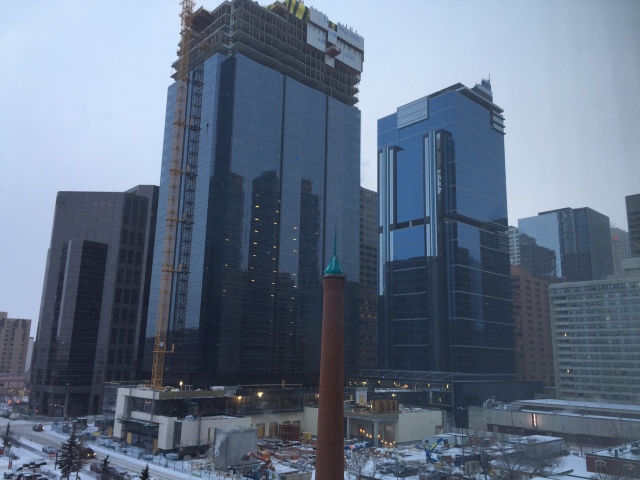