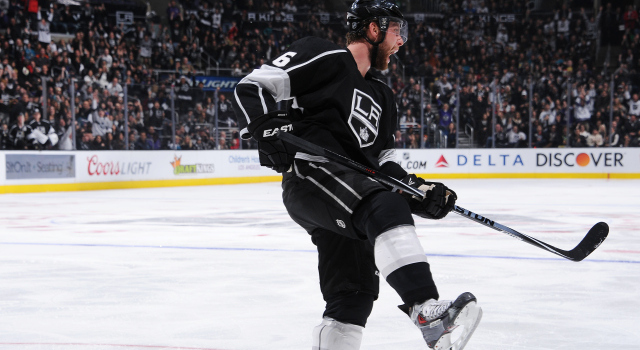 From virtually the start to the finish of last night’s game at Staples Center, the Los Angeles Kings out-possessed, out-checked and out-chanced the San Jose Sharks as part of a 3-1 decision that continued to underscore the notion that Los Angeles is trending in the right direction, and that several top individual players are finding their own games after stretches of inconsistent production in late November and early December. The Kings did many things that help teams win hockey games: they ceded the league’s top power play (tied) only two chances with the man advantage, they scored two power play goals, they responded well to an early deficit, they dominated possession and checked well against a capable Sharks even strength attack, limiting its potency. Los Angeles also led by at least two goals for the fifth straight game, and while the club is 3-1-1 in that stretch, it does lead the Pacific Division with a plus-11 goal differential. 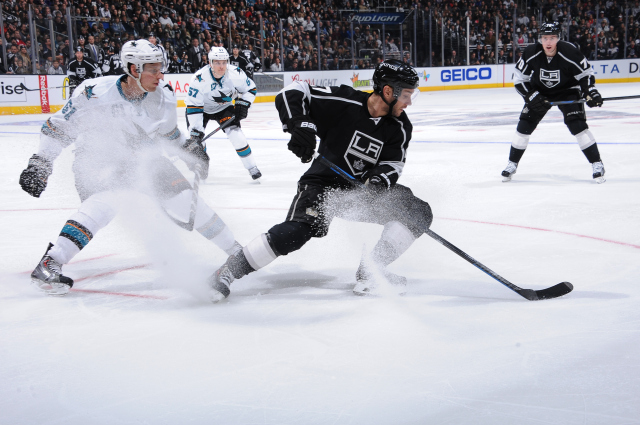 Never mind that the Kings allowed a goal on the Sharks’ first shot; the home team’s start was mostly very impressive. For nearly the entirety of the first two shifts of the game Los Angeles possessed the puck in the attacking end and forced Antti Niemi to make a quality stop on one of two dangerous looks that Alec Martinez generated early. Though Joe Pavelski’s goal was scored only 2:39 in, it came off a rogue defensive zone turnover and wasn’t representative of the overall direction of the action; the Kings operated with a 70.3% even strength Corsi-for rating in the first period and tallied nine more zone entries than the Sharks. As has been noted in this space, Big Goals Can Be Scored In First Periods, and Tyler Toffoli’s slam dunk from close range served as an important goal that brought the teams level and eventually allowed Los Angeles to have opportunities to take the lead on the power play (which they did, in the second period). Credit Jamie McBain for a sharp diagonal feed across the attacking zone in finding Toffoli; it says good things about his approach and preparation – as well as the influence of the players and staff surrounding him – for McBain to record points in three straight games after having sat out nine in a row. The 26-year-old was clearly ready to step in when his name was called. 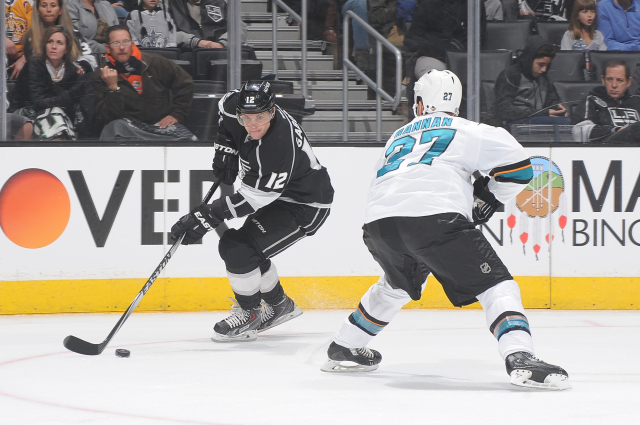 Power plays run hot and cold, and the Kings’ top unit is scalding hot at this point of the season. Of the 10 power play goals the team scored over the last five games, nine came with both Anze Kopitar and Marian Gaborik on the ice. Jeff Carter has been on the ice for eight of the 10 goals, while Drew Doughty has been on the ice for seven and Jake Muzzin for six. I’m interested to hear what Darryl Sutter has to say about this trend; it likely has roots in the team’s top players latching on to a productive stretch together as well as (as noted) the mercurial tendencies of special teams play. Also: I mean, just look at the personnel. That’s a power play with Anze Kopitar, Jeff Carter, Marian Gaborik, Drew Doughty and Jake Muzzin. Just going off star power alone, that combination of players should find success fairly often and hit on these occasional surges in production. 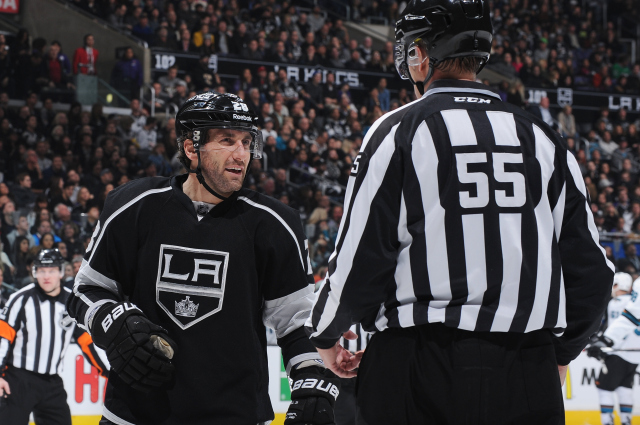