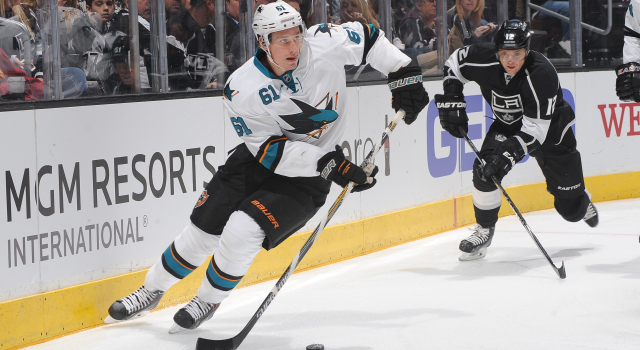 Todd McLellan, on taking a combined four penalties in the second and third periods:
I think that’s indicative of the game. We were probably fortunate, in the first period, to come out tied and not be in the penalty box. They were the better team the whole night. The obvious is we were beat in special teams situations. I think that’s real evident, but I think there is much more to it than that. A lot of the grinding part and the hard part of the game, we were beat in those areas as well. They were better on the walls. They were better defending, taking time and space away. The forecheck was better. Tonight, there is no doubt the better team won.

McLellan, on whether this loss could be costly in the long term:
Well, certainly it can be when you look at points and what not. But we’re talking about the first game after Christmas, game 36 or 37 for us. A lot of hockey left. If you look at the season series, we’ve split it so far 50-50 and we haven’t played at home yet. I think we’d be making too much out of it if we really began to analyze it that way.

Joe Pavelski, on whether the team couldn’t get their game going:
At times, definitely and they did a good job. I think some of the areas we could’ve done better we weren’t good enough, faceoffs and those types of things. We had some looks there at the end to get ourselves back in and didn’t capitalize on them. It was a special teams night. They get two and we get none. That’s probably the difference.

Pavelski, on the reason for Los Angeles’ success on the power play:
They executed. They caught us out of position maybe a little bit, scored some goals. It’s such a fine line at times with the power play. We had a few looks, we didn’t score. They had a few looks and they scored. We’ve got to get back to the basics and get pucks out and be in a lane and be tighter. We were aggressive, but it was probably not the right time.

Pavelski, on whether skating in San Jose then playing in Los Angeles contributed to the loss:
It really doesn’t matter. It felt fine. There is nothing to be said about that. That’s the way it is. Last year we had the same situation and we won. We should do that every day, right? If you win, it goes like that. If you don’t, it goes the other way. We’ll just regroup and get better.

Tommy Wingels, on what was the difference in the game:
A couple things, I think their sustained pressure was a little better than ours. I think at times we’d have a shift or two in their zone, but then we didn’t follow it up with more pressure. And then special teams, we weren’t able to capitalize on the power play. They got two on theirs and that’s the difference.