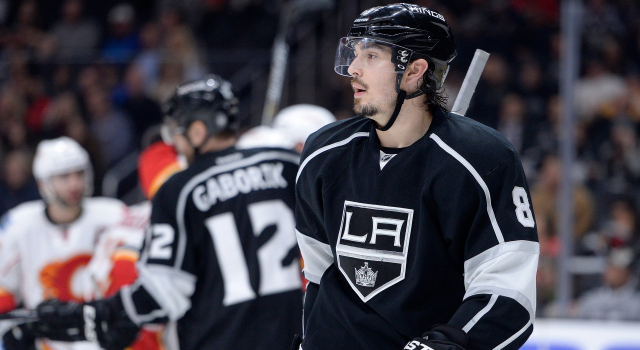 On the “fluke” goal that deflected off Drew Doughty:
Not really. I think that the score was really not an indication of the play. About halfway through the game, I think they had a lot more desperation that our team. It wasn’t the puck off the skate that was a lucky break. At that point, that made it three-three. To make it three-two is not enough work on our part for the second goal.

On Johnny Gaudreau’s goal at the end of the second period:
The power play goal? Yeah. Stolly broke his stick, so you know what? Not much you can do about it there. [Reporter: He still blocked the shot.] Yeah. He broke his stick prior to coming into the zone, and then he dropped it in his zone.