Are the Kings headed in the right direction? 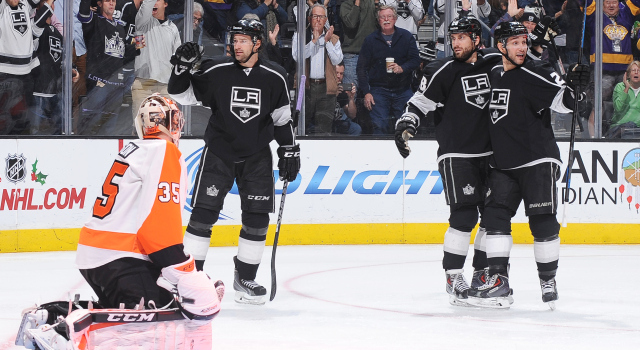 So, in which direction are the Kings trending?

And then there are the un-King-like developments: The inability to hold a third period lead on Tuesday (against, admittedly, a very good and offensively sound St. Louis Blues team), the 4-7-5 road record that follows a five-season stretch in which the Kings pulled a .564 points percentage away from Staples Center), and the four-game stretch in which they haven’t held opponents under three goals.

“We certainly can’t give up five goals. We did that a couple times on the road,” he said. “We know what we’re about as far as checking, as far as denying opportunities. We need to make sure that we’ve got all 18 and two ready and prepared to do that. When we’re playing a fast, physical game, we feel that those goals against go right down where they should be, and [when] we’re playing a high powered offensive team, [if] we’re not on that, you get burned quick.”

Dwight King, like Payne, isn’t as concerned with what the metrics or stats indicate at this point. Though some advanced metrics can predict future success and are of greater consequence over the long term, the focus tonight will be about picking up two points against a good St. Louis team more than any larger-picture trend or trajectory.

“There are always good things out of every game, I think, no matter what the situation is,” King said. “Like you said, we’ve been producing a lot of shots. That’s something we’ve got to keep on. As far as analyzing it to the bitter end, I don’t think it matters too much as much as the process of finding wins.”

So, is the team trending in the right direction?

“We always feel that we’re getting better,” Payne said. “We feel there are times where we’ve got to look back and address certain things, but we don’t ever look at that at day or the next day [as] ‘hey, we’re right where we need to be.’

“I mean, that’s only happened twice, and that’s at the end of the season.”

Drew Doughty, on whether the team can get out of its slump like in previous seasons:
No, we can get out of this. We went through these little slumps before. This one might be a little bigger than what we’re used to. But it just makes it a bigger challenge. That’s what’s awesome about this team, when we’re given a challenge we rise to the occasion and we overcome that challenge. That’s what we’re expecting to do.

Doughty, on what is causing the slump:
I don’t know. I don’t know what it is, in fact. I think we need more consistency from all of our players. Some guys show up one night and they don’t the other. We need everyone to show up every night. That’s how we’re going to win games. We need our top players to play their best and out play their top players and we need our role guys to outplay their role guys. I think if everyone consistently starts showing up every night, that’s how we’ll win games.

Dwight King, on the team and coaching staff’s focus:
I think as far as the shots thing, everyone realizes that in our room. As far as getting better, we let in a fair amount of goals on the trip – tightening up in our D-zone, being a little quicker as you probably heard over the last couple days which will help us. I think that’s something that we have to focus on as a group again and tighten things up a little bit. 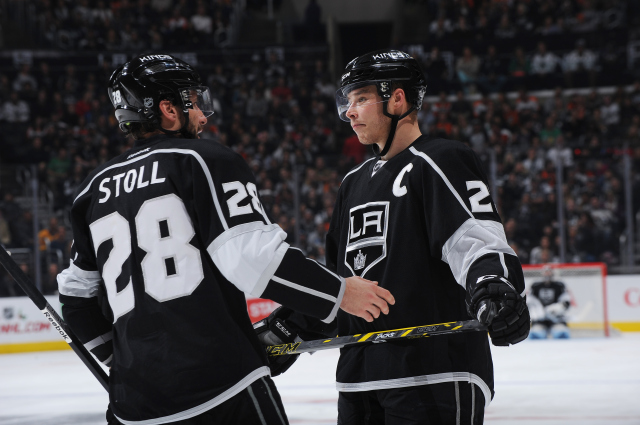