The View from St. Louis 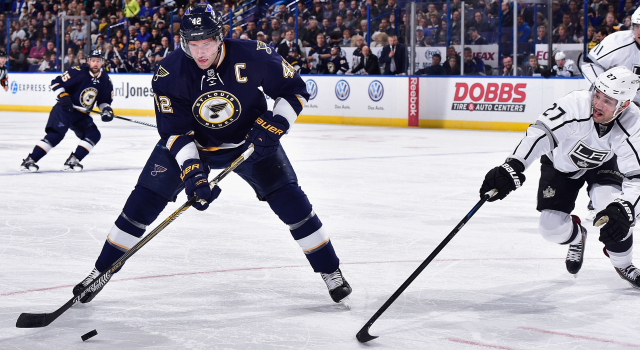 “Vladimir Tarasenko, not surprisingly, had his fingerprints all over this one as he recorded his second hat trick of the season.”

“Winger T.J. Oshie missed the game because of “family reasons,” according to the team. He will accompany the team on its three-game trip that begins Thursday in Los Angeles.”

“The Kings’ lackluster recent play has experts wondering if the Stanley Cup champions are finally wearing down after playing all those extra games in recent years.”

“It was a dominant third period by the Blues, who outscored the Kings 4-0 while scoring four goals on eight shots.”

“David Backes has been largely seen as invisible at times this year, but that’s easy to do when you’re playing the shutdown role.”