Toffoli looking to get back to “dirty areas” 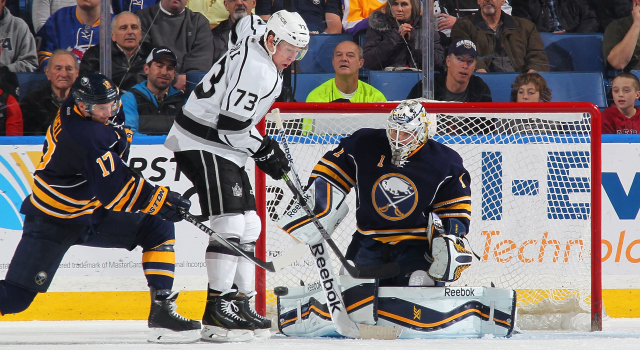 Tyler Toffoli is back in the Scottrade Center, the building in which he made his playoff debut as a 21-year-old after a surprise lineup adjustment two years ago. The Kings won Game 5 game in overtime on that night in 2013 and followed it up with a win at home as part of a six-game, first round series win.

“I just remember…Dean asking me if I could play against the St. Louis Blues and play against some of their defensemen that they have and how physical and how good they are,” Toffoli said. “I think my goal in that game was to prove to him and to Darryl and to everyone that I could do it and that I’m not afraid to get in the corners with them and battle and play the type of hockey that we play. I think I did a good job and proved to them. I think that was a big step in my career.”

He’ll look to refine his efforts in the corners and further the battle element in his game in what should be a typically high-energy bout with a talented St. Louis Blues club.

“It’s not just them,” Toffoli said. It’s a lot of the teams in the West. It’s San Jose, Anaheim. It’s basically all the teams we play against all the time. These guys are good. Tonight is going to be a big test for us. We need a big game, two points and we’ve got to come out with the win.”

Similar to a question asked earlier today of Anze Kopitar, given the rise in Toffoli’s profile around the league, are teams playing him any different than when he was younger?

“I think as you get older, teams may or may not look to check you harder. At the same time, you have to work harder and work for your chances,” he said. “The past little while, I haven’t been getting in those dirty areas and the areas where I was scoring earlier in the year. It’s a long year and I’ve been struggling a little bit scoring goals. At the same time, we have to find a way now. I have to bear down on my chances when I get them and I have to score on my chances.”

Because of the linemates he’ll spend some time with at even strength – he skated opposite Kyle Clifford on Trevor Lewis’ line during this morning’s line rushes – he’ll have opportunities to supply the team with energy while looking to enhance his scoring touch. Though he leads the team with 23 points (10-13=23), he’s scored only twice in the last 13 games.

“I think we’ve been on the road for a long time here, and that’s no excuse,” he said. “We have to look for it tonight and come out in the first period, play well and build off of what we create in the first period in our chances and get right down to work. It’s time to start stringing some games together, and we all know that as a group. We have the group of guys in here and we all know it. We’re ready for the challenge.” 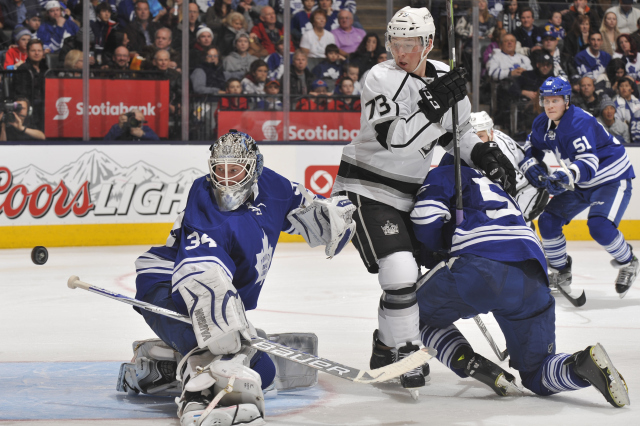