Gaborik, on Toronto game: “I felt pretty good out there” 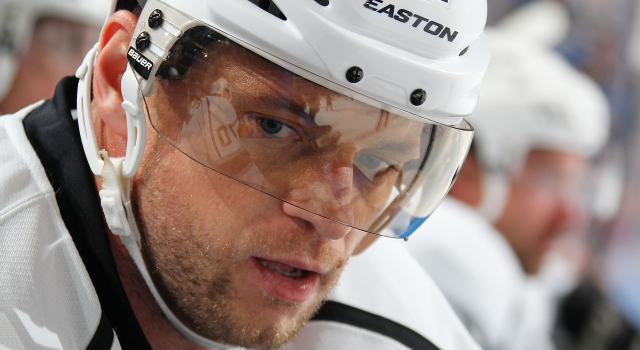 Marian Gaborik attempted 12 shots – seven of which were on goal, and one of which found the back of the net – during yesterday’s 4-3 shootout loss on Toronto. At Scottrade Center earlier today, the veteran forward discussed what worked well in his performance, during which he skated opposite Justin Williams on Jarret Stoll’s line.

Marian Gaborik, on whether he feels he can build off his Toronto performance:
Yeah, for sure. I felt pretty good out there. I had some chances, finally got a goal there. Like you said, try to build on it and go from there. Too bad we couldn’t pull it off. Like I said, the shootout has been an issue this year for us. We just have to bear down.

Gaborik, on what he liked from his game in Toronto:
Just skating, getting the pucks, getting to the net and screening. Holding onto pucks, little give and go plays. I think me, Stick and Stollie had some good pressure, good zone time and just have to keep it up.

Gaborik, on whether his injuries have led to a lack of consistency in his game:
It’s just been unfortunate. I’ve been hurt, then get I back and it takes a little bit of time to get back. Then I get hurt again. Hopefully I will maintain to stay healthy and build on yesterday. Make sure the starts to the games are there and get my legs under me and use them. That’s my biggest thing.

Gaborik, on whether it matters that he plays on a line with Anze Kopitar:
It doesn’t really matter who you play with, as long as the team is doing well, as long as the lines are doing the job. Obviously we haven’t found that chemistry or whatever it is while we played together. But it’s a long season, so I’m sure we’ll be back at it again at some point. But it doesn’t really matter who you’re out there with just as long as the team is going well and the lines are going well. We have two big games coming up and it’s going to be heavy lifting and a very tight game. I’m sure it’s not going to be a 10-goal game. We just have to come back to our game foundation. Make sure we pay attention to the little things and details and get ready for tomorrow.