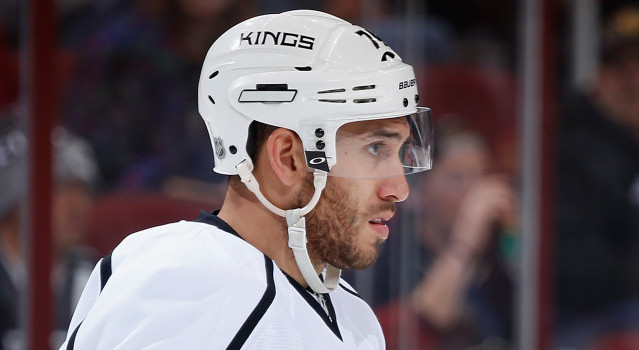 On earning a point in the standings after trailing by two goals in the game:
Our effort got better. Not the greatest start but I think once we got our legs and got the goal, we built up momentum. You’ve got to bear down a little bit on the PK there at crucial times. It was nice to see that we could dig ourselves out of a hole.

On the team’s 172 shot attempts over the last two games:
You’ve got to try to find ways to score goals. Some games, those shots go in. Some games, they get blocked. The mindset of getting pucks there and getting bodies there is, I think, what we’re focusing on.

On his goal:
It’s been a while. For that one, I just tried to take it to the net. There wasn’t too much time left in the period. A little bit fortunate with the bounce off the goalie, but I’ll take it.

On how the team views Tuesday’s game in St. Louis:
We’re familiar with each other. We’ve played quite a bit. They’re a big, strong, skilled team kind of similar to us. So, it’ll be a test for us ending off this trip. Hopefully we bring our best effort.