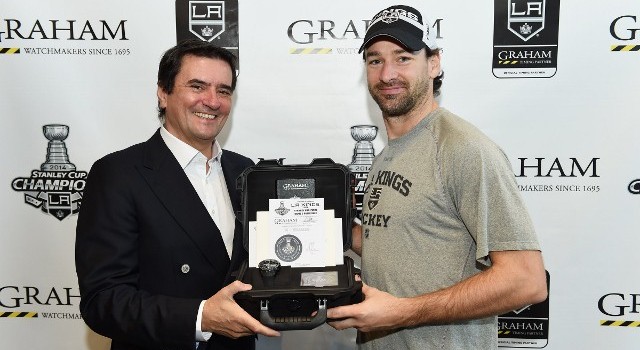 Generally the players’ lounge in the team’s facility in El Segundo is off-limits to all but Kings players, coaches and staff, but on Friday afternoon representatives from Graham Watches and the team’s business operations were on hand to present limited edition watches to the 2014 Stanley Cup champions. 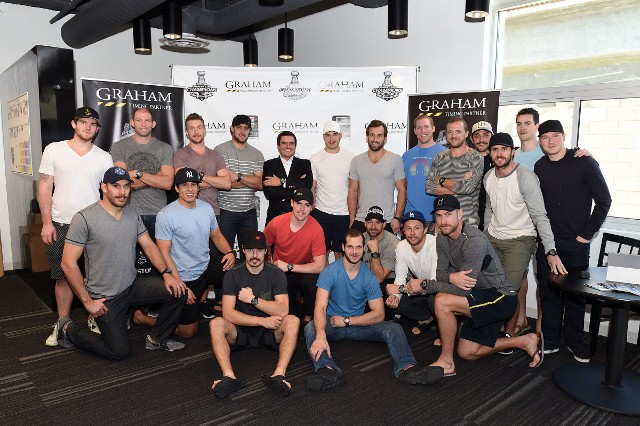 The timepieces includes pieces of a puck used in Game 5 of the Stanley Cup Final.

Only 25 Silverstone RS Endurance LA Kings® watches have been produced, though there will be 100 Chronofighter Oversize LA Kings® watches (which come without a piece of a Game 5 puck) available for purchase on the Graham Watches site at a later date. 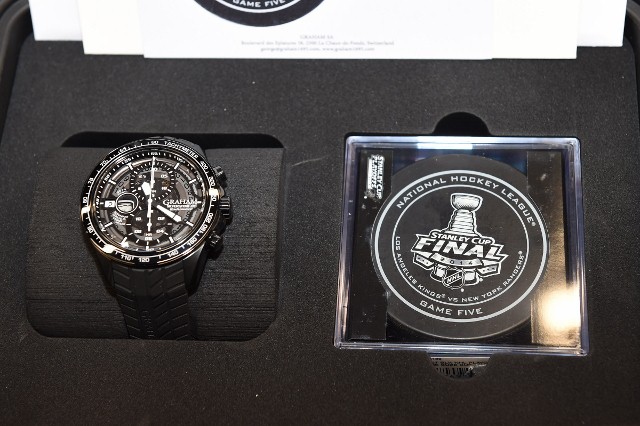 Via jurawatches.co.uk:
The timepiece is powered by the calibre G1735 automatic chronograph movement with Incabloc shock absorber and a power reserve of 48 hours. The case is in steel with black PVD and has a diameter of 46 mm. The seconds counter has been replaced by a certified hockey puck slice, used in the winning Game 5, and the LA Kings Stanley Cup Champions logo is engraved on the smoked sapphire crystal case back. 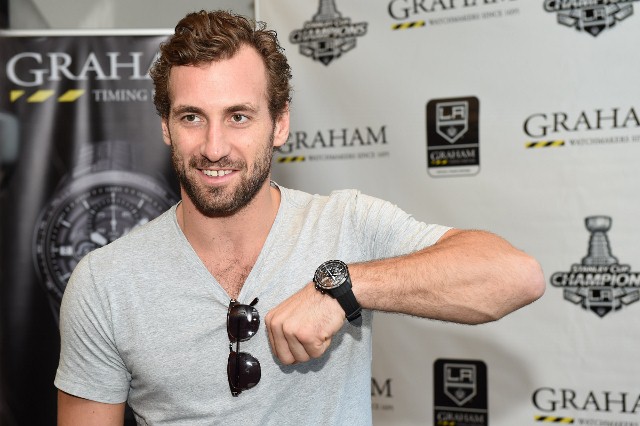 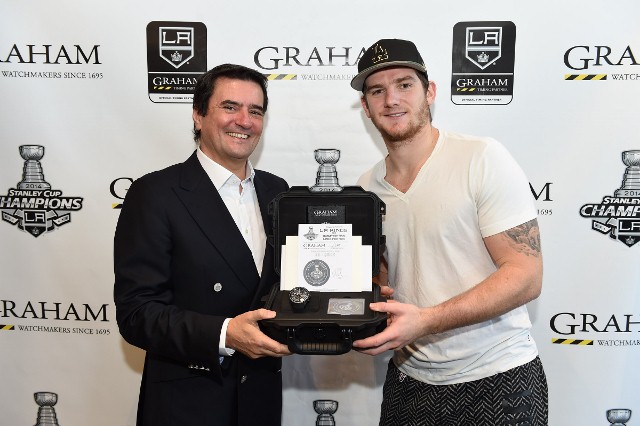 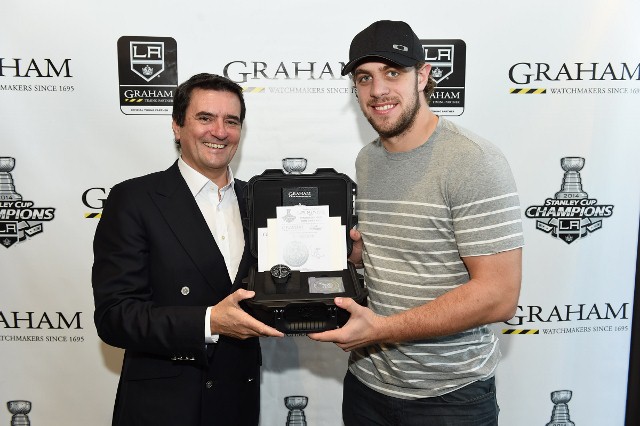 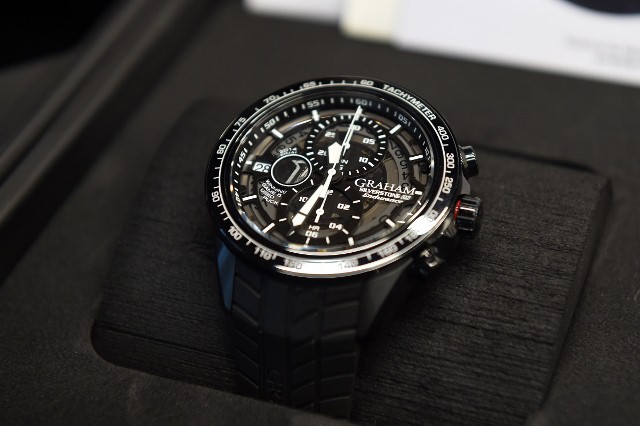