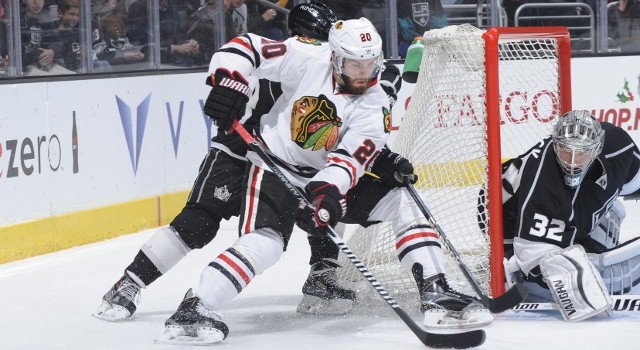 Marian Gaborik didn’t play Saturday night because he was “dealing with a minor injury,” according to hockey operations. Shortly before the game began a Kings representative passed along that the location of the injury was in the “upper-body” area.

Darryl Sutter didn’t elaborate on the nature of the injury, only saying that he knew all day that Gaborik wouldn’t be available. More will be learned in the coming days about Gaborik, who had practiced with the team yesterday. At this point, it is too early to pinpoint where and when the injury occurred, or for how long it may sideline the Kings’ winger, who has already dealt with two separate injuries this season.

“They’re a tough team to come back on because they’re a great defending team,” Sutter said.

“They had a couple good shifts early. The bottom line is they scored two goals against us there. We win the faceoff and wanted our defensemen…to make the play to get it out, and the second one was a goaltender exchange and we screwed that up. They’re the best team in the league, and that’s clear through the first two months of the year. If you give them two goals, then you’re going to probably get your ass kicked, and that’s exactly what happened. Is that a good way of putting it?”