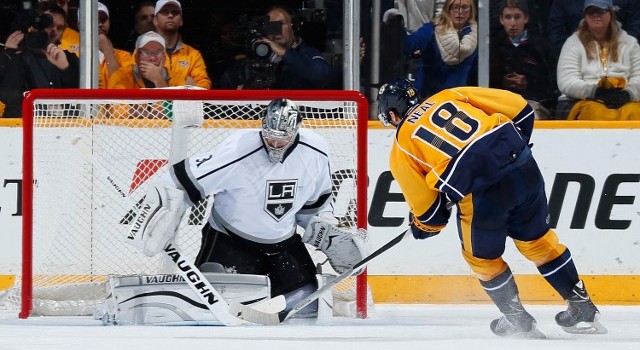 It was a strange game in Nashville last night, one in which Los Angeles was probably deserving of two points but ultimately accepted one following a hard fought effort. Through two periods, the goals came against the run of play. The Kings looked fine through the first several shifts before Colin Wilson streamed past L.A.’s defense and scored on a breakaway. Then, shortly after the Predators had operated exclusively in the offensive zone for a pair of shifts, a three-on-two that evolved into a three-on-three led to an opportunistic Jamie McBain deflection as Justin Williams got the puck to the net at the same time bodies converged in front of Pekka Rinne. Even in the second period, after the Kings opened up the lead and seemed to wrest control of the pace of the game away from the home team, two Predators goals in 52 seconds opened up a lead heading into the third period. In evaluating Tuesday’s game, on one hand Los Angeles earned a point in a game in which they trailed heading into the third period against a good team in a challenging environment, and on the other hand there’s a fine road performance in which the Kings had multiple chances to win the game late in regulation and in the shootout but were unable to do so. It was a strange, competitive, and ultimately unsatisfying game in which the Kings drew up a fine outing but couldn’t find the proper punctuation to finish it. 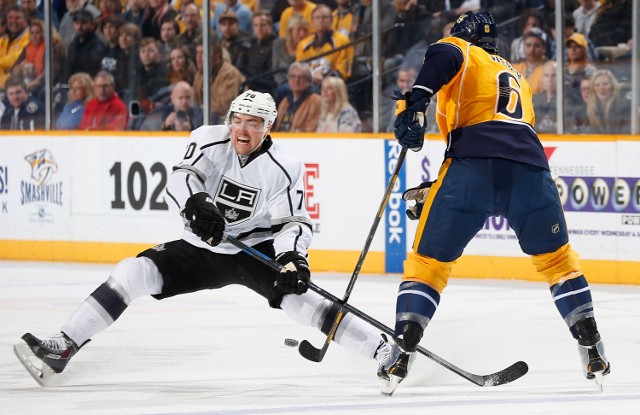 The power play, which struck in Dallas, is now only 2-for-29 on the road this season. That’s not really important; home-road special teams splits are mostly arbitrary, though there are some crooked numbers as the Kings rank sixth at home in both power play and penalty killing yet rank 27th with the man advantage and tied for 23rd when killing penalties away from Staples Center. Those crooked away numbers are linked to the one road win, as it has been said that standout special teams play, combined with quality goaltending and opportunistic scoring can lead to wins away from home. Los Angeles generated opportunities late but was unable to finish the game off by finding the back of the net with a big goal. 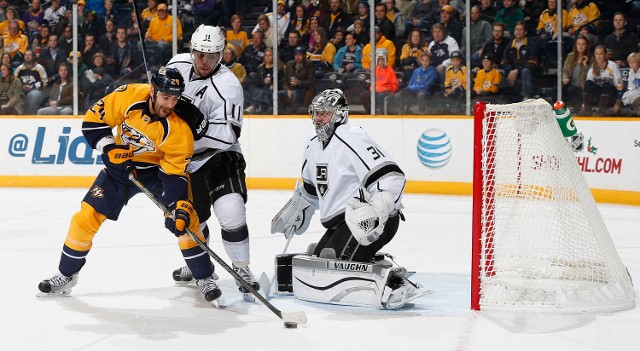 The Kings have lost three consecutive shootouts following the early season win over St. Louis and are now 2-for-14 on the season in the extra session. Things devolved when Marian Gaborik, who was 1-for-1 on the season and instills ample confidence in the skills competition, had the puck roll off his stick in the first exhibition without a dry cut down the center of the ice. There was immediate reaction on the blog and in my Twitter mentions when Dwight King was unable to extend the game an additional round, but it’s so easy to find fault in hindsight. King, who was 1-for-1 in his career in the shootout, won last year’s game in Anaheim with a shootout-clinching goal, has improved his release over the last two seasons, and is among the stronger breakaway performers on the team. A note to those who complained: 10 other shooters were also denied in the shootout. 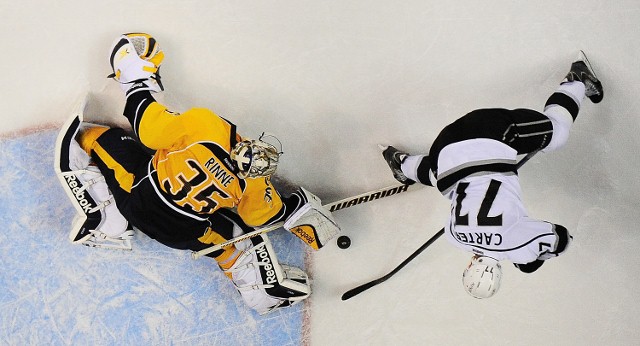